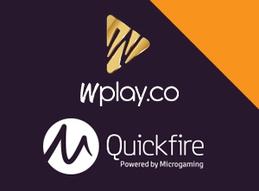 New online gambling regulations were introduced in Colombia last year. The country's first company to secure an online gaming license was Aquila Global Group, who received their license from the regulator, Coljuegos, in 2017. The company will operate in the Colombian online gambling space as Wplay.co The Wplay has set their sites on signing up 1 million customers over the next three years.

In a deal giving the Medellin-based company access to a robust suite of games from over a dozen developers, including Microgaming Quickfire also sees a strategic expansion into the Colombian market.

In a press release Monday, Wplay said they believe Microgaming create the most popular and entertaining games, with the most impressive loading times and content, including slots and roulette.

While currently only set up to work in their own country, Wplay aspires to extend their offerings to other countries around the world.

The General Manager at Wplay.co, Julio César Tamayo, drew parallels between Wplay.co and Microgaming Systems when he explained: "Our motto is: simplicity, speed, and permanent innovation. A motto that is linked to the work that has been done by Microgaming for more than two decades.”

Quickfire Director Weighs in on the Deal

Microgaming Quickfire Director, Andrew Clucas, commented on the agreement by saying: “Signing Wplay.co is a significant step for Quickfire as we look to make an impact in the Latin American market. As the first operator to be granted a gaming license in Colombia, our games will be some of the first to go live in the market, which is undoubtedly a strategic advantage. We look forward to a long and successful relationship with Wplay.co as we both aim to expand our presence in the region.”

Wplay.co currently operates as a sports betting site with a service that includes live betting. Microgaming online casino games are expected to go live on the site in the coming months.