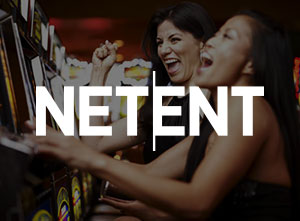 Diversity is a hot topic right now, and March is Women's History Month with March 8 being International Women's Day. Net Entertainment took this opportunity to announce certain diversity goals for themselves for the future. It's an interesting approach that they have, and it's one that's sure to get a lot of attention in the industry as a whole.

Goals for 2020 by Net Entertainment

While they are known for their high-quality online slots, this company also has a "gender balanced" Senior Management Team, and about 40 percent of their total employees are female. While diversity is about more than filling out arbitrary quotas, NetEnt is particularly proud of their numbers, and they've shown this in a big way by announcing that they have a continuing goal of being 50 percent men and 50 percent women by 2020. There are a number of actions that they have taken to try to achieve this goal, and with the trends being the way they have been, it seems like it will be an easy goal for them to meet.

A Different Approach to Business

Net Entertainment's approach to business has been one of their biggest strengths in the past several years. In particular, they've pushed to only expand into markets that are regulated, and while this might have seemed like it has held them back in the short-term, it has put them in a position now where they have no problem whatsoever with getting into newly regulated markets. Often, they're able to do this ahead of the competition, and their history of being so careful with the legal side of things is a big reason as to why this is.

In terms of what will happen with NetEnt's diversity goals, it's clear that they'll get to the 50/50 mark if they continue down the path they're on now. Different parts of the world have different viewpoints on this type of thing, and those viewpoints are constantly changing. Gender is a particularly volatile topic right now, and how transgender individuals might fit into that 50/50 goal in the future is anyone's guess. For now, however, they're doing what they think they need to do to build a great company.