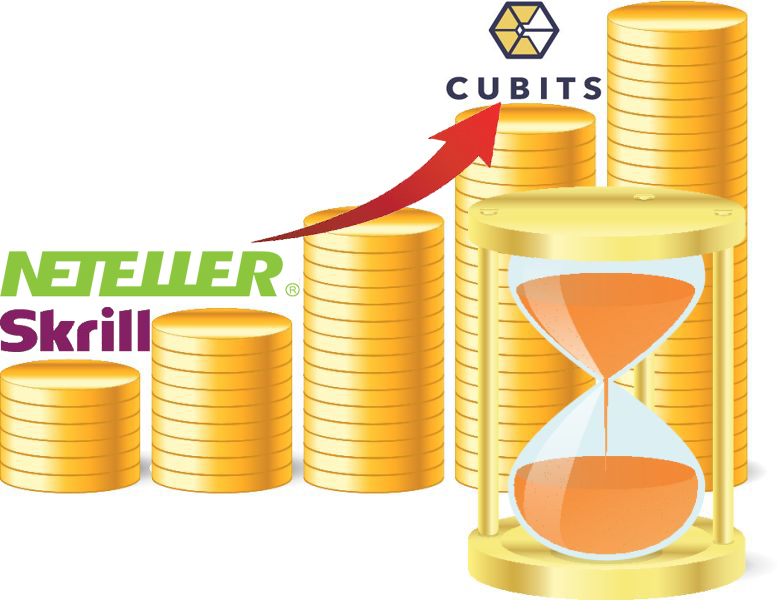 In the online gambling world, particularly in the payments sector, the Paysafe Group's Skrill and Neteller options are considered two of the most popular banking options available. These electronic wallets make payments really easy for tons of people, but now this won't necessarily be the case. They are dropping out of around 100 countries for prepaid credit card usage and for other methods, and this will effectively cut a whole lot of players off from being able to enjoy the games with their favorite payment options.

Cubits Steps Up With Bitcoin

Cubits is a platform for buying and selling bitcoin, and recently they have announced an option that could help these displaced players get in deposits and withdrawals as easily as they were getting them in before. Players can now use the Neteller banking option to purchase bitcoin through the Cubits interface, which could effectively bridge the gap created by Neteller and Skrill dropping out of so many countries The idea is that you can use Neteller to buy bitcoin, and then that bitcoin can be used to fund your account at a lot of different casinos.

One of the big stories of the past few years has been bitcoin gaining ground in the online gambling world. When they started out, they were somewhat of an obscure option, and no one would have blamed you for assuming that they wouldn't really get anywhere. However, they have steadily been added with more operators over time, and now with Skrill and Neteller pulling out of so many countries, it's very much an opportunity for bitcoin to step in and take over the lost market share.

How This Affects Players

Whenever a major payment option is lost for players, it creates an immediate rush to find a replacement. We saw this in a major way back in late 2006 and early 2007 when the UIGEA was passed in the United States, particularly with online poker, cutting off the top banking methods from players. The bottom line is that we're sure Skrill and Neteller are making this move because they have to or because they believe it's in their best interests in the long run, but in the meantime, players are definitely going to find something like Cubis to facilitate their payments.