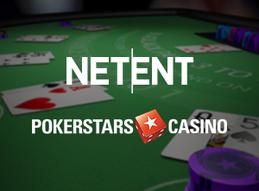 A big announcement has come for Net Entertainment as they will be making their official jump into Portugal thanks to the PokerStars Casino. This site is a part of the Stars Group brand, and that includes other major names like PokerStars, BetStars and Full Tilt. Frequently cited as the king of online poker, they have expanded into other areas in the past few years, and this deal is a good example of the results of that push.

What Will Be Offered

Initially, the full selection of games from NetEnt will not be offered. Instead, PokerStars will be getting a set of their most popular and most played titles first. From there, further additions may come along, especially as new titles are released and get a lot of attention. This makes PokerStars Casino a major place to be within Portugal's regulated market because they're the first site to get any games from this supplier at all, and with the quality of their games, it's easy to understand how that could be a big advantage.

NetEnt and the Stars Group are a great combination because their business strategies have some serious overlap. They both focus on operating exclusively in regulated environments, and this allows them to have a strong legal footing wherever they go. They do not operate anywhere that's a "legal gray area," and this has helped them out a lot by getting them priority status whenever they do enter into new regulated markets. We've seen them get this type of high-end treatment repeatedly, and it's no surprise that they're breaking into markets like Portugal as early as they are.

The Future of Both Brands

On the one hand, NetEnt is going to continue crushing it when it comes to the software side of things, particularly with their live casino and high-quality slot offerings. For the Stars Group, however, it's not really certain where they're going to end up because they're in a transition period where they've been slowly expanding beyond poker for a few years now. Poker has been in flux, particularly online, for over 15 years, so we'll just have to wait and see how they're able to adapt to the modern era of online gambling.