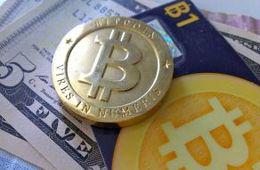 At one point in time, about four-fifths of all bitcoin exchanges were handled by Mt. Gox, then the top exchange by far for bitcoin transactions. Having what seemed to be such a solid operation taking over such a large portion of the market helped the cryptocurrency to gain a lot of attention with huge fluctuations in its value. This all came crashing down when the Tokyo-based company was accused of fraud and a number of other crimes.

Details on the Charges

Japanese authorities have charged Mt. Gox CEO Mark Karpeles with embezzling an amount of bitcoin worth around £1.7 million. The alleged fraud was a major reason why the value of bitcoin crashed, and this affected tons of people who had speculated in the cryptocurrency after big spikes in its value. A spokesperson from the Tokyo Police has commented that Karpeles is being investigated in a number of related incidents including about $390 million of the currency mysteriously disappearing last year.

How this Affected Online Gambling

Lots of people believed that bitcoin could be a savior for the online gambling industry because there is always a chokepoint when it comes to deposits and withdrawals. Many parts of the industry have taken big hits in the past because payments were shut down, and bitcoin was thought to be a possible remedy to that situation because of its anonymous nature and the difficulty in policing it. However, the big crash that came after the Mt. Gox scandal really hurt that whole movement, and the big drop in bitcoin value that came afterwards really shook the confidence people had in it.

How Bitcoin is Used in Today's Industry

Today, many sites offer bitcoin deposits and withdrawals. However, few of them actually have their players keeping a balance in bitcoin. Instead, the cryptocurrency is converted to another currency, often US dollars, upon deposit. When a withdrawal is requested, it can be requested in bitcoin, and the player will be given bitcoin based on the current exchange rate.

The reason for this approach is that the value of bitcoin can change a lot while it's just sitting in a casino account, and this can often be a bigger gamble than playing the games themselves. This approach helps to retain the advantages of bitcoin while minimizing the variance that players experience from the fluctuation of the value of the cryptocurrency itself.