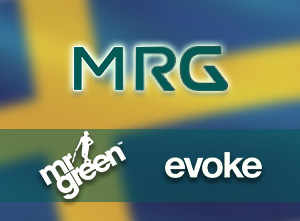 On January 1, 2019, the regulated online gambling jurisdiction in Sweden will be fully operational for the first time. As such, the awarding of licenses for the jurisdiction has been going on and has made a lot of news. MRG is the latest name to be included in that as they have been granted two licenses for the upcoming regulated market. One of those is tied to their Mr Green brand.

What This Means for Evoke Gaming

While Mr Green is the more popular brand, the more interesting story is actually about Evoke Gaming. This company was purchased a year ago from Bonnier Growth Media. It was largely considered a snakebit property, to put it mildly, because it had been losing millions. Mr Green/MRG has worked on restructuring the company and turning it around, and it being granted a license to run games inside of Sweden is a big sign of them taking a step forward with the brand despite only having control of it for less than a year.

An important part of any serious online gambling company's strategy right now is to work to get into a variety of regulated markets. MRG has been aggressive with this, and that has gained them entry into over a dozen regulated markets, which includes the United Kingdom, Sweden, Malta, Latvia, Ireland, Italy, Denmark and others. Their Swedish license will move into effect on January 1, 2019, and that leads us to wonder where they will push this expansion after the new year gets here.

About MRG and Mr Green

Started in 2007, the MRG Group's flagship operation is Mr Green Casino, a site that the majority of online casino fans will have heard of or otherwise be familiar with. With the rate of their expansion into regulated markets being really capped off by this entry into Sweden, it shows that they're not really giving any signs of slowing down in the new year, and this new licensing situation will only serve to propel them along with even more momentum than they had going before, which was already considerable to say the least.