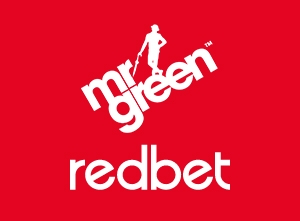 Mr Green has penned a deal to buy all shares of Evoke Gaming from  Bonnier Growth Media. The deal includes the well respected online gaming sites Redbet, Vinnarum casino, Bertil, and MamaMia. Redbet is perhaps the best known of the brands with poker, sports betting and casino offerings while Mamamia offers casino gaming and bingo.

The deal, which is expected to be fully consummated in Q1 2018 is worth EUR 7 million in cash and another EUR 1.5 million may come due if the assets meet certain conditions, which is usually, but not always tied to revenues and EBITDA (Earnings Before Interest, Taxes, Depreciation, and Amortization). Mr Green said they intend to expand Redbet in markets already served by Mr Green Casino and other markets as they widen their global footprint.

The purchasing company's EBITDA is not expected to be impacted for the following year, but could have a marginal impact on cash flow for 2018. Both factors are expected to increase considerably for 2019 with the acquisition contributing to the rise in  Mr Green’s EBITDA and cash flow. Synergies of up to EUR 3.5 million are expected for 2019 due to the deal.

Evoke Gaming was in the red for 2016 with losses of EUR 4.6 million in EBITDA on revenues of EUR 15.5 million. The first nine o months of 2017 saw revenues fall to 7.4 million for the trimester with negative earnings of 4.4 million. A press briefing from Mr Green stated that migrating to a new technology platform and restructuring, which is expected to be completed before the transaction is completed, contributed to Evoke's poor earnings and revenues for the last two years. However, Redbet and Vinnarum have seen considerable growth since their relaunches before the summer of 2017.

Evoke Gaming is based in Malta and 82 people are currently employed there. Redbet holds its a strongest positions in the UK and Sweden and Vinnarum casino has a very solid position in the Nordic region with high customer retention numbers. Mr Green expects to eventually build Redbet into a global brand and brow it alongside their primary offering and many markets. The MamaMia and Bertil bingo sites have loyal customers, most of them in Sweden.

Per Norman, CEO of Mr Green & Co said: "Evoke Gaming is an ideal fit for our business plan and strategy."

Fredrik Staël von Holstein, CEO of Evoke Gaming commented, "Evoke Gaming is on the threshold of a significant turnaround. Mr Green will give us the muscles to continue growing internationally in an effective manner," according to the press release.

Fredrik Staël von Holstein will stay on as head of operations after the transition and will be joining Mr Green's Malta management team.

Advising Mr Green on the deal were KMPG, Vinge, and WH Partners.