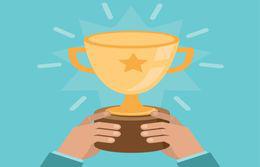 It's no secret that Microgaming is considered by many to be the main online casino software provider in today's industry, and they also have major software provisions in other aspects of the Internet gambling world as a whole. However, they recently proved their chops once again by picking up the Digital Product of the Year award for the third year in a row for their Quickfire platform at the 2016 Global Gaming Awards.

The Microgaming Quickfire platform's streak of three years running at the GGAs is really important because of how the GGAs are judged. There are a total of 60 industry experts who vote on the nominees to determine the winners, so you don't have as much of a popularity contest as what you find with some other awards ceremonies like this. There are only 12 awards total for this ceremony as well, which makes hitting the same one three years in a row a pretty big deal.

They were very close to taking down another key category as well. An important tool for their MPN online poker platform called the Babelfish API was the runner-up in the Digital Gaming Innovation category as well. This API allows third-party poker clients to connect and communicate with the MPN network to allow their network to expand in a sector of the online gambling industry that has seen much better days. The Microgaming Poker Network is the largest B2B poker network in the industry today, and it's only rivaled by the largest online poker rooms in the world.

The Importance of Quickfire

The Quickfire platform has been around since 2010, and its importance cannot be understated. While it does connect together all of Microgaming's products like casino, bingo, poker, etc., it also pulls in third-party casino games from several providers to give players a selection of over 600 different top games to choose from. This is what has helped to make it widely considered the best casino platform running in the industry today, a title that's very hard to argue against. We expect Quickfire to continue to hold that title for at least another few years because right now, no one else is really even close.