Lots of Attention is Being Given to Match-Fixing in Tennis 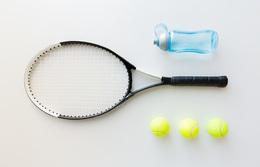 One of the realities of sports betting, just like any other form of gambling, is that it opens up opportunities for cheating to beat the house and take down a lot of money. In sports betting in particular, there are well-known methods to fix matches, and along these lines, there are well-known methods for identifying suspicious behavior. For the tennis world, these methods have led to suspicions that over 30 percent of the top 50 players in the world could be involved with fixing matches in a BBC-Buzzfeed joint investigation.

How the Tennis Match-Fixing Works

In the report, it's alleged that there are big gambling syndicates in Russia and Italy who will come to players with five-figure offers to throw a match. This is a substantial sum of money, even to these major tennis stars, because only the elite few are able to get huge sponsorship deals and other sources of income. For others further down in the rankings, throwing a few matches a year could mean almost doubling the amount of money that they earn. Once the fix is in, the syndicates bet the appropriate way and take down a lot of money.

The Tennis Integrity Unit, or TIU, is headed by Nigel Willerton. He admitted to the press that a total of 28 players were identified as potentially throwing matches back from an investigation in 2008. However, they had implemented a new integrity policy, and they couldn't go back and punish these players retroactively. Several players flagged in the BBC-Buzzfeed investigation are currently playing in the Australian Open, but Willerton says that the TIU is on top of everything.

Other industry insiders say that the TIU was purposefully created to divert attention from the problem and that they're not actually equipped to do anything about the match-fixing. The TIU uses examples of punishing fairly low-ranking players as examples of its effectiveness, but the allegations suggest that higher-ranked players are in on it as well. No matter what's going on with the TIU, however, it's things like this that are turning more players over to daily fantasy sports, and we can't really blame players since it's more difficult to throw games in those contests in a way that influences betting in a major way.