LeoVegas to Acquire IPS, others for £65m 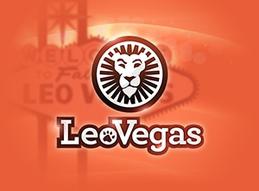 Swedish mobile gaming company LeoVegas AB is expanding its market share in the UK with an agreement to purchase Intellectual Property & Software Limited (IPS) as well as top performing assets such as  Bet U.K., 21.co.uk Casino, Slot Boss, and UK Casino. The deal is expected to fortify not only LeoVegas' strong mobile presence but strengthen the company's foothold in the UK.

The UK Accounted For 96% of Q4 Revenues

The sale was reportedly inked at 65m GBP (73.5m EUR). The total package has an adjusted EBITDA of 3.8m GBP, with IPS alone generating some 11.7m in revenues during the last quarter of 2017 - a 49% increase for IPS over the same quarter in 2016. UK revenue accounted for 96% of the IPS revenue with 73% coming from mobile devices.

IPS and European Domain Management Ltd, are both headquartered in Alderney, Channel Islands. The Newcastle-upon-Tyne, U.K. marketing company, Rocket 9 Ltd. is also to be acquired by a wholly-owned UK subsidiary of LeoVegas AB.

Deal to Close in Q1

The deal is expected to close before the end of the first quarter this year. LeoVegas will be using part of a financing facility the company secured to acquire Royal Panda in October, another big UK producer.

LeoVegas Group CEO, Gustaf Hagman spoke of how LeoVegas had only launched six years ago and now has two scalable brands. He commented on the value of having several local brands that attract various types of customers in a market as large and mature as the UK, and how that complements the two global brands.

Hagman continued: "In IPS we see several attractive attributes, and they have tremendous momentum in their growth and profitability. Combined with one of the market's most effective customer acquisition models, we are now gaining a firm stronghold in the U.K. with the acquisition of 85 employees with local expertise," according to a press release from the company.

To Use Bede Gaming Platform in the UK

IPS uses the Bede Gaming technological platform and LeoVegas has entered into a services agreement with the UKGC licensed company who also counts the Rank Group among its many customers.