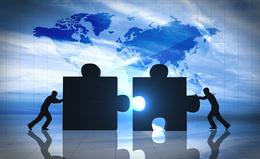 It seems like 2015 has been the year of the merger, and the floodgates have really blown open with lots of different companies combining or being taken over, with the notable case of the huge bidding war over Bwin.Party being a good example. There's another merger on the horizon, and that's between Ladbrokes and Coral. This isn't all that surprising considering how many big business moves we've seen in the UK online sports betting scene, and it goes to show that everyone is looking to do whatever they can to be number one.

Why Ladbrokes and Coral?

After a number of big mergers really shifted around the landscape of the UK sports betting scene, Ladbrokes and Coral have both been left in lower relative positions than they were before. Long-term, that'll probably mean that they lose ground each year until they're having a hard time even running in the green. To prevent that type of gradual decrease from happening, they're effectively joining forces to work towards improving both companies together as a single unit instead of working against each other as well as the larger businesses.

Details on the Transaction

When a company raises £1.35 billion in financing, it's probably never going to come all from the same place. Right now, it's looking like they have three different sources of funding. One is a £600 million term through October 2016 with extension options, the second is £400 million in revolving credit through October 2020, and the third is an additional £350 million through June 2019. This deal also included incorporating old debt with some of the banks they worked out deals with so that the finances of the overall operation are simplified to a great degree.

When this merger goes through, the Ladbrokes Coral group will be an absolute powerhouse in the online and offline gambling world, especially in the United Kingdom. It'll be really interesting to see how they handle corporate restructuring and redundancies to lower costs and who will keep the key positions. It'll also be interesting to see what kind of unified strategy they form to expand and improve their services over time. In short, Ladbrokes-Coral could end up being a really big deal, or they could just patter along and not really stand out. We'll just have to wait and see which it ends up being.