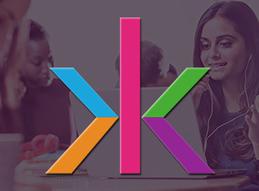 One of the biggest criminal issues that gambling outfits have to deal with is the potential for money laundering through playing games. It's something that's impossible to completely avoid due to the nature of it, but it's something that can be cracked down on more and more with intelligent usage of data. The Kindred Group has entered a partnership that will be using artificial intelligence to help spot money laundering more efficiently.

How This Project Works

Previously known as the Unibet Group, Kindred Group is collaborating with the University of London, BetBuddy (a gambling data analyst group) and the Research Center for Machine Learning to strength AI techniques for spotting money laundering. Anti-money laundering is such a popular topic in the industry that it's given its own abbreviation of AML, and this project is a big way that Kindred will be able to improve their business. This type of work will help to cut down costs on the business end, but it also helps to prevent any type of criminal activity using their network.

How AI Techniques Work for AML

There are a few different approaches for AMI when using AI, but the basic idea is to develop algorithms that look for specific playing styles and other patterns in the available data. These patterns, when taken individually, might not mean much. However, if one account matches a number of different patterns, then you have a very serious marker that gives you a particularly strong justification for investigating their account. While the AI itself may not be able to provide an open-and-shut case, it can indicate where further investigation is justified.

Years in the Making

Something else that makes this project particularly interesting is that it's actually been going on for around three years. The Research Center for Machine Learning has been working with BetBuddy since back in 2014, and now Kindred Group has joined in on the project to help give them a sort of testing ground for all of the models surrounding AML that they have developed. It's the perfect place to combining theory and practice in the same place.

Press Release, Kindred Partners on Artificial Intelligence Project Together With City, University of London, and BetBuddy kindredgroup.com, May 2, 2017