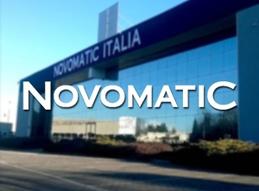 Industry giant Novomatic has acquired Italian online platform and game developer Capecod, who have announced the acquisition also resulted in a brand name change to Capecod Gaming, according to reports from the "100% Made in Italy" company.

Capecod Gaming brings with it over a decade of online development experience, a portfolio of more than 50 titles, as well as a B2B customer base of more than 20 operators including IGT Lottomatica, Snai, Admiral, Stanleybet, Betitaly, and Merkur-win among others.

Leader Remains at the Helm

Longtime Capecod CEO Mauro Roncolato will continue to head up the company, according to various Italian media and niche industry news reports.

Capecod currently enjoys around 10% of the online gaming market share in Italy according to people familiar with the matter. The company has been porting and distributing slot games from land-based suppliers to mobile and online platforms since 2012 and was the first B2B company to migrate retail products to the online gambling sphere in Italy. Novomatic online games can be found at Casumo, BetVictor and many other casinos in regulated markets.

Capecod Gaming was acquired in the majority by Novomatic subsidiary, the Rome-based Novomatic Italia earlier this year according to multiple news reports at the time. The change in name marks the official announcement of the deal's completion. Novomatic Italia is the holding company of more than 20 companies including the Admiral brand in Italy and controls about 50% of the VLT market in the country with over 26,000 VLT/AWP machines in operation. Novomatic employs over 24,000 people worldwide, had 2.3 billion Euro in revenue for 2016, has subsidiaries in 50 countries and owns or operates 1,700 gaming facilities globally.