Information on the Bwin.Party Buyout Released 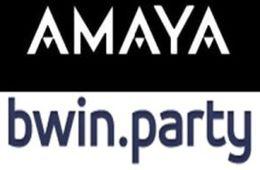 There has been a massive bidding war going on for a while now when it comes to the sale of Bwin.Party. 888 Holdings has been competing primarily against a join cooperation between GVC and the Amaya Gaming Group, and they've recently suggested a big deal that includes almost a two percent premium on the recent closing prize for Bwin.Party. Details about this deal and the offer that 888 has given, and it covers a fair number of things that players will want to be aware of.

The big question so far has been the impact on the players. According to 888 Holdings, there would be no changes right away to any of the brands or operations that Bwin.Party is running. In fact, there seems to be a strong focus on keeping the services going smoothly for the players without any sort of interruption or problem with service. While they'll probably change some things around in the future, the key point here is that they want the transition to be a smooth one.

It looks like 888 Holdings and Bwin.Party are going to come to an agreement on this deal. For every share in Bwin.Party that's being purchased, the deal is to get 39.45 pence paid in a cash amount along with 0.404 new shares in 888 Holdings. This type of split between cash and stock is pretty common in acquisitions like this, and it's often the balance and amount of premium that determines the split.

The valuation for Bwin.Party is coming in at just over £898 million for this deal, and that's worth just under $1.4 billion US. This is literally a ten-figure deal in US dollars, and it's hard to point out how critical that is because there aren't many ten-figure deals in the online gambling world. Even the enormous purchase of the Rational Group by the Amaya Gaming Group last year was only worth between one-third and one-half of that.

Largest Companies in the World

888 Holdings stands to become one of the largest gambling companies in history with this move, and it's a pretty big responsibility to have. We're going to see how it turns out for them, but if history tells us anything, it should tell us that 888 Holdings will handle this pressure extremely well.