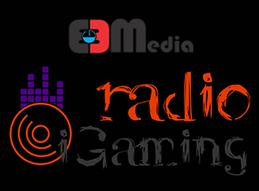 Radio isn't the first thing you think of when you think of the online gambling industry. In fact, it's probably not even the 20th thing you think of. In spite of that, EEGMedia has recently launched their iGaming Radio service. The idea is for this to be offered as a service to other people in the industry where relevant programming will be offered in a way that would work out perfectly for those in the office.

What Will Be Offered

The first thing anyone would ask about this type of service is what type of programming would be available. They're looking to offer a combination of relevant industry news with workplace-appropriate music in a way that would benefit the listeners as much as possible. This includes interviews, daily talk shows, press releases and other avenues of information, and it's looking like it could very much become a solid way to stay up-to-date on the industry. The idea is to keep people connected with what's going on in the industry as a whole, and that's a pretty reasonable goal to have that would serve their target niche very well.

They have already come up with themes for each day of the week. The schedule includes Motivational Mondays, Freaky Tuesdays, Rocking Wednesdays, Throwback Thursdays, Soothing Fridays and Chillout weekends. It's not completely apparent what each of these themes will mean exactly, but it's cool to see that they are going into this with a full head of steam and really looking to make it work instead of just throwing something together since they really have no direct competition on this front.

The Future of This Avenue

We think this is a pretty good idea, but there is the issue that the target niche is relatively small. There won't really be a ton of room for competition because the target market isn't large enough to sustain it, so their success will mostly just be a factor of whether people want to tune in or not. We can imagine that offices for companies in the industry will want to tune in at first, but they're really going to have to grab their listeners and provide a quality service from day one, or they'll simply turn it off and not really consider it again.