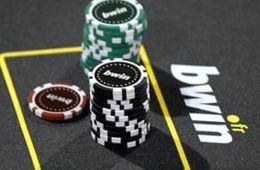 For weeks now, there has been a massive bidding war for the sale of Bwin.Party. The main contenders are GVC Holdings and 888 Holdings, and neither of them are letting up an inch without a fight. It's an extremely entertaining process because of all of the tension combined with in-fighting in Bwin.Party. In the middle of all of that, GVC and Bwin.Party have released new statements.

Yet Another Proposed Deal

In the most recent proposed deal, Bwin.Party has been valued at 124p per share. This would include 25p in cash per share along with 0.231 new ordinary shares in GVC, which is a deal that's already been approved by the GVC Board. What's important to note here is that this is the third or fourth public proposal that GVC has made for the company, and it's going to be interesting to see if this is the one that sticks.

A big question surrounding all of these proceedings has to do with the mysterious absence of the Amaya Gaming Group in GVC's proposals. In their initial proposal, before the big bidding war with 888 Holding really got underway, they were paired up with Amaya in the deal. However, after the initial bid, Amaya hasn't really been mentioned anywhere in any of the other proposals, and that's leaving a lot of people wondering what happened. Because of the big deals that Amaya has pulled off (especially with the purchase of the Rational Group) over the past 18 months, their absence is somewhat suspicious.

Where to Go From Here

What's probably going to happen at this point is that 888 Holdings will be given a chance to counter this offer. Along these lines, 888 will probably make an offer that's more based on cash than stock, since that's been the main difference between the takeover bids for each of the two companies so far. As to who will win, that's really anyone's guess at this point. The bids are most likely going to continue driving up and up, and that's going to make a lot of people at Bwin.Party extremely rich by the time all of this is over with. Regardless of which side wins at this point, something that is clear is that Bwin.Party is going to be in good hands either way it goes.