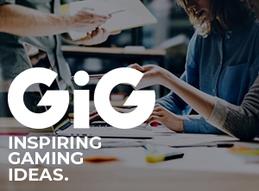 The Oslo-listed Gaming Innovation Group (OSL:GIG), creators and purveyors of the iGamingCloud platform as well as several online casinos, is in the process of establishing a game studio and service provider to be known as "GIG Games". The labs will create and develop new casino games which will then be sold to other operators on a revenue share plan. The company said in a statement Monday that they are progressing well and have set a target of Q3 2018 to launch three games that are already under development. No details were yet available about the games.

Full Production by End of 2018

By Q4 2018 they expect to be ramped up with the ability to produce six to eight games annually. The revenue share-based game sales will be tendered to GiG's B2B and B2C casinos as well as operators of other casinos. The group's current direct to consumer casinos include GUTS, Rizk, Thrills, and the newly launched High Roller Casino among others.

GIG Games comes as a new piece of the company's growth and integration strategy across five business areas seeking to reduce costs and increase their capture of industry profits. With the addition of GIG Games, the group will offer a game service provider, holistic platform provider (iGamingCloud), sports (BettingCloud), and lead generation (GIG Media), and operational services through GiG's consumer brands. The iGaming Cloud platform is currently available to white labels and operators, the product is infinitely scalable and includes a new analytics platform unveiled at the end of September known as "iGC Insights".

In addition to game development, the group will launch an aggregator solution for operators using their own third-party platform. The API will allow operators to seamlessly and immediately integrate all of GiG's third party games along with any GIG Games operators wish to deploy.

The Gaming Innovation Group was launched in 2012.