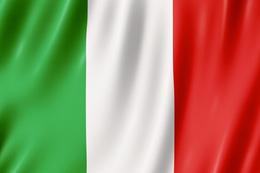 In the current online gambling market, each individual country has to handle their own regulations and legislation for how they handle the industry. In Italy, Sisal is one of the largest providers for online gambling services that exists, and getting on their platform instantly means a much larger presence on the scene in that country. This is exactly what NYX Gaming has managed to do with a set of strategic moves.

The Purchase of Game360

Back in January, we reported that NYX Gaming had purchased the Game360 platform, an online casino platform designed to pull titles together from multiple software providers under one name. The point of this move is that Game360 was already licensed in Italy, and this gave NYX an "in" to expand in the country. It was a crafty move that's a great example of the type of business strategy that is necessary to expand in today's fragmented industry.

The new deal has Game360 as a platform getting on with Sisal, and this is the type of deal that NYX was hoping to get when they purchased the Italian platform at the beginning of the year. It's all about using these business deals to enter a market, which is often less expensive in the long run and more effective than trying to outright get a license themselves, which can take a while and be very costly. What's more is that there are only a limited number of licenses granted for Italian online casinos, so purchasing a company that already has one can often be the only convenient way to get in.

In the long run, NYX Gaming's strategy here is effective, but typical. A lot of business deals like these that involve purchasing a smaller company as a vehicle to effectively have licensed content distribution in an area has become extremely common. Over the past couple of years, NYX has shown a willingness to make these types of deals for the sake of expansion with the idea that the long-term profits will make it a worthwhile investment. So far, they seem to have been correct in this assessment.