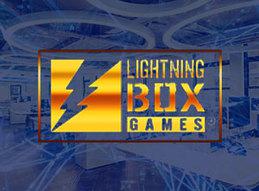 Specialty slots developer Lightning Box has recently unveiled its new offices to the public. The Australia-based gaming company has relocated to an upgraded workspace of 120 square meters located on prime waterfront real estate.

Why The Move Happened

The move has been long in the making, and the entire team is thrilled with the new space. The company has been steadily expanding its staff over the course of the last year, and now, 18 months later, they have doubled the size of their team. Acquiring such spacious offices in Darling Harbor is a big and exciting step forward for Lightning Box.

Peter Causley, the company's managing director, says that, "We saw the benefit of taking on new premises with such great appeal to help with both staff retention and to encourage the best applicants to come forward as we expand even further."

Causley goes on to say that the team is immensely enjoying the new offices, and he believes that the beautiful surroundings are able to boost creativity for new game concepts and features. Lightning Box already has an excellent track record for producing exciting and innovative slot titles, so this move to new offices can only improve the quality of future content. Clients will also benefit from the move because the space is much more inviting and aesthetically pleasing.

The company has a long list of wildly popular games that includes titles such as Dolphin Gold, Lost Temple, Super Happy Fortune Cat, Astro Cats, Serengeti Diamonds, Silver Lioness 4x, Respin Rhino and Chilli Gold. Most recently, they have debuted the adorable and successful Astro Pug title, which utilizes their patented Reelfecta reels in addition to its other features. This has led to 2018 being their most successful year so far.

The highly skilled and passionate team at Lightning Box is dedicated to delivering world-class video slots. While the team is based in Sydney, Australia, they provide top-quality gaming content to both online and land-based casinos around the world.

The company was founded in 2004 by veteran designers David Little and Peter Causley, who have over four decades of experience between them. The games created by Lightning Box are able to stand out from the competition because of the heavy focus that Little and Causley place on creating unique mathematical models for their games to be built upon.