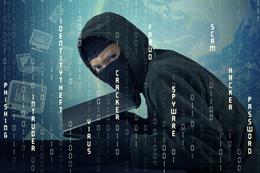 Something that has been happening on and off in the online gambling world is the idea of hackers using extortion to try to get payoffs from online gambling sites behind the threat of DDoS (Distributed Denial of Services). The way these attacks work is that computers from all over the world that are under the control of these hackers try to access the site all at the same time. The effect is that the servers for the site are basically overloaded and can't respond to the requests from legitimate players quick enough. This blocks out players from being able to play, costing the sites a ton of money.

EveryMatrix has decided to be proactive about these attacks, and they've done so by taking on Prolexic, a DDoS protection service, and this will now be a part of their software package. This is a great way to add an extra layer of protection for operators because it's something that's definitely an issue at this stage in the game. The industry is going to have to get caught up to the thread of these attacks and provide protection like this to operators, or things are going to keep becoming disrupted.

The basic way that these attacks work is as follows. The hacker group will contact the site and demand a cash payment of a set amount. If the site declines, then the hacker group will use a DDoS attack to keep them from being able to take in their normal revenues. The idea is that the amount of money they ask for is typically a fraction of the losses that the site would take from the attack, and this provides what appears to be an incentive for the site to comply. However, once the hackers know that the site will comply, the site is at their mercy for future attacks.

Because more and more of these attacks are happening now, more measures of protection are going to pop up to fill the demand. What's really bad about this development in the industry is that it's only going to raise costs for the sites, and that's going to lead to players getting less value from promotions and lower payout rates in games.