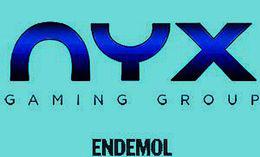 A new deal has seen the NYX Gaming Group's OGS platform receive even more games. This time, they're coming from a company called Endemol Shine, and they are known for producing high-quality games. They are set to release their first title on the OGS platform next month, and it's going to be Oliver Twist. This is fun news for players who enjoy playing at NYX-powered online casinos.

The Nature of the Current Era

The NYX OGS platform is a good example of how game distribution works in the current era of online casinos. Platforms like this one combine games from several different providers to give players a wide range of titles to choose from, and it gives companies like Endemol Shine, who doesn't have enough games to justify being the only software provider for an individual casino, a chance to get more exposure in front of more players. It's a win-win situation for everyone involved, and it's become the paradigm that we see with several different providers from Microgaming Quickfire and others.

The first release due to this deal on the OGS platform will be Oliver Twist, as we mentioned above, and it's a five-reel video slot. The core of the game centers around a multi-stage bonus feature where the player will try to make it through London with several different scenes with several characters from the classic book. We don't see many games these days based on popular books like this, so it'll be interesting to see which direction it goes in as far as the graphics and visual feel go.

The Expansion of NYX

NYX has made a lot of big strides so far in 2016, and as we wind down towards the end of the year, they're continuing to make deals like this one to expand their offering. They've also expanded into new markets this year, and they've kept pushing to get in front of more players with more content. It's a great strategy that they have been very aggressive with, and it's working out for them really well. They will definitely start 2017 with a lot of momentum behind them.