Dutch Regulators Working With Isle of Man in New Agreement 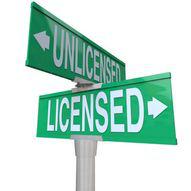 One of the main problems facing the online gambling world is that there are no unified rules about what should and shouldn't be allowed. There are no standards of behavior or for licensing, and because different countries have different rules on taxation, it wouldn't necessarily be helpful if they did. It's been a long time coming for countries to start working together more on this issue because independent licensing and accrediting groups can only do so much. However, a recent agreement between the Netherlands and the Isle of Man is a strong step in the right direction.

Details on This Agreement

The way this agreement works is that the Dutch Games of Chance Authority (KSA for short) will be working with the Isle of Man Gambling Supervision Commission (GSC) to cover a wide range of activities that would help to effectively streamline many processes. For example, they are really looking to focus on reciprocal licensing so that if someone applies for and gains a license to operate in one jurisdiction that it will apply for the other jurisdiction as well. Additionally, they're looking at improving player protection and making sure that they're able to share and exchange the right data to do a better job overall.

The timing of this agreement is pretty important because legislation is about to hit the ground running for online gambling in the Netherlands. The point here is that working with the Isle of Man in this way is a very smart way to go about making sure that their regulatory policies are in line with a jurisdiction that's considered one of the best in the world. What's more is that this partnership helps to make sure that everything goes as smooth as possible, and in the long run, this means better revenues for the country.

Benefits for the Isle of Man

There are benefits for the Isle of Man in all of this too. This is a strong step towards creating a higher level of international standards for licensing, and with the Isle of Man leading the way, it's a big plus for what they have to offer in the business. It also gets them even more attention than they were already getting for their online gambling industry.