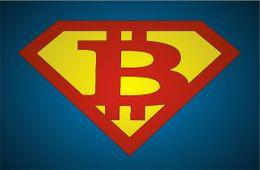 When bitcoin started becoming popular a couple of years ago, one of the things that people naturally gravitated to was the idea that it could be used to fund online gambling accounts. The anonymous aspect of the transactions made it really easy to see some advantages of this. Coingaming was a software company that jumped at this opportunity and started created software solutions for operating online gambling sites based around bitcoin. They've recently come out with an online sportsbook solution as well.

How This Platform Works

The way the new platform works is that it has more than 10,000 betting markets available. This is on par with some of the top online sportsbooks running today, but it's important to note that each operator would not have to run every single market if they didn't want to. Chances are that they all will. This platform can be accessed via mobile as well, and that's extremely important in capturing a somewhat younger audience that tends to bet on more fashionable contests like mixed-martial arts.

Past Issues With Bitcoin

One of the issues that we've see with bitcoin in the past is that it has to be handled in a certain way for it to be considered safe. Coingaming addresses these issues with the proper security channels in the software they produce, and that's something that's made them stand out in a major way compared to their competitors. Since their products are created for sites that only want to accept bitcoin as payment, this is a critical piece of the puzzle for most operators.

In the past, a major problem with funding your online gambling account with bitcoin was the simple fact that it was often a bigger gamble to leave the bitcoin sitting in your account balance than to play the games with it. The value of bitcoin was fluctuating wildly for a while, but now that it has settled down, it's a good time to get in on the action with software platforms like what Coingaming is releasing for sports betting on August 8. This coincides with the beginning of the English Premiership football season, and that timing is definitely not an accident. They're leveraging everything they can to make this release a big deal in the industry.