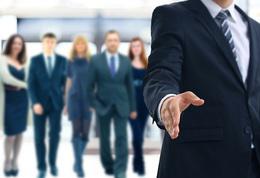 The online gambling world sees business deals happen all the time with one company buying another or selling a part of itself to another business. These frequent deals introduce a lot of strategy in terms of how business is done, and the Cherry Group seems to have this strategy down to an art form. They've recently picked up two different companies for two different reasons with Moorgate Ltd. and NorgesSpill.com, and it's interesting to see how these deals complement Cherry's current operations.

It starts with the deal to buy up 100 percent of the shares of Moorgate Media Ltd. This company owns certain affiliate licenses for Web Resort, a well-known company in the industry. This basically puts Cherry in a position to market to tons of players, and that's something they have put forward as one of the pillars of their online strategy. It's a strategy that's paid off for them over time, and it's definitely a long-term strategy based on extracting value over the next several years. If that value exceeds the price they've paid for the company, then they've obviously won in a major way.

The company NorgesSpill was worth €4 million to Cherry, and it's largely for the same reason. NorgesSpill is partially an affiliate business with a huge database of customers, and that's the kind of thing that the Cherry Group has went for in a major way over time. Instead of offering slots and other games themselves as their primary mode of business, they instead focus on the strategic concepts of having an audience and leveraging it for as much as they can.

The Future of Cherry

The first quarter of 2016 is when these acquisitions will be finalized, and that means 2016 will be bigger than any year before for Cherry. While they aren't known for putting out excellent table games or other types of casino games like many companies that make acquisitions like this, they do have a long-term strategy that we've seen unfold over the past several years, and it's safe to say that they definitely know what they're doing. At this stage in the game, it'll be interesting to see if they pivot to another strategy or if they keep doing what's been working for them in the past.