Cherry AB to Acquire All But 5% of Game Lounge Ltd 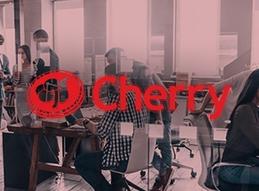 Cherry AB (STO:CHER-B), the owners of Yggdrasil Gaming and ComeOn Casino announced today that they have decided to exercise their option to purchase up to 100% of the shares of internet marketing and affiliate company, Game Lounge Ltd.

Cherry Malta Ltd, a wholly owned subsidiary, already purchased 51% of the company in January 2015. The present purchase represents 44% more which will give them a then current total of 95% of all shares. The founding members of Game Lounge will hold the remaining 5% of shares and the two will stay on as CEO and Head of Sales for Game Lounge.

While a price value was not announced, Cherry said that the purchase price is based on a factor of 4.5 times the affiliate operation's profits and 6 times their white label casinos' profits for 2017.

Financing for the acquisition is expected to be through an equal combination of cash along with a new issue of shares in the parent company, Cherry AB.

Since joining the Cherry Group after the January 2015 purchase, Game Lounge has shown steady and stable growth. According to a press release from the company, this is why Cherry Group has decided to exercise its option and consolidate ownership of 95% of the outstanding shares company.

The cash part of the purchase will be tendered by the end of April 2018 and the new share issue will be settled in May at the Cherry AB Annual General Meeting. Once the new issue is completed the transaction is expected to close.

Cherry's CEO, Anders Holmgren said: "Game Lounge holds a strong position in a growing market. In the third quarter 2017, Game Lounge continued to grow, and revenue amounted to MSEK 45, an increase of 180 percent compared with the third quarter 2016. EBITDA margin amounted to 75 percent (37). Game Lounge’s business model is remarkably scalable, the company has unique capabilities in search-engine optimization (SEO) and is the recognized standard in affiliation within the gaming industry and we see great potential to expand the scope of the business to also include other segments, such as the loan affiliate website Lainat.fi, acquired by Game Lounge in November."

In addition to Game Lounge, ComeOn Casino, Cherry Casino, and several others, along with Yggdrasil Gaming - Cherry AB also owns the B2B business tech product, XCaliber. The company has headquarters in Malta and a development team in Poland. ComeOn is the company's largest customer but Cherry believes the platform has great potential for external customers inside and out of the gaming industry.

Their fifth business area is Cherry Spelglädje. The company operates traditional blackjack and roulette games in over 250 restaurants, nightclubs, and hotels in Sweden.

Game Lounge is one of the leading affiliate sites with a focus on Scandinavia and the Baltics. The company also owns several white label casinos.