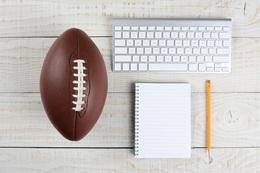 If you want to see how much regulation is needed for anything resembling online gambling in the United States, then you don't have to look further than what's happening for daily fantasy sports right now in New York. Attorney General Eric Schneiderman has issues a cease-and-desist order against the two largest daily fantasy sports leagues, FanDuel and DraftKings, in a move that is questionable at best.

Leading Up to the Orders

For years, daily fantasy sports games have operated in New York without any type of issue. While some types of casino games are clearly illegal in the state due to how they define gambling, DFS was considered safe because it is skill-based. The New York Attorney General has inexplicably changed his mind on this and decided on a whim that it's chance-based instead. He verbally attacked daily fantasy sports companies for "fleecing sports fans across the country" and basically put himself over as some kind of savior to the masses in a ridiculous statement during a press conference.

FanDuel and DraftKings both got a lot of attention in the media over the past several months for inking major deals with sports teams, major leagues and even ESPN. Now they're under fire from a number of states and individuals who have decided that they're going to take matters into their own hands to keep people from doing what they want to do with their own money, just like it was tried with the passing of the UIGEA back in 2006.

One problem for daily fantasy sports is that no real case has been made for it being a skill-based game on any meaningful level. This is different than online poker that has many different rulings that it's a game of skill, including a determination from the International Olympic Committee. Until they get a similar determination or series of positive rulings in this area, they're going to have a harder time dealing with people like Attorney General Schneiderman, who for the most part has absolutely no idea what he's talking about despite the power he holds for influencing these particular events.