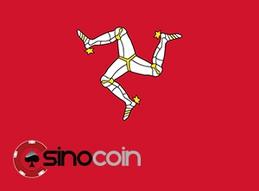 Last month it was announced that CasinoCoin (CSC) had relaunched and the Double C Foundation had been created in the Isle of Man to support the development of CasinoCoin. Today we learn that several senior industry professionals have joined the foundation's advisory board.

CasinoCoin is a cryptocurrency, much like Bitcoin, that was created specifically for the online gambling industry. A group of gambling industry professionals and developers acquired CSC in the spring of 2017. A look at some of the names on the new advisory board shows that is was far from an idle investment in one of the struggling early day pioneers of crypto.

Lee Fenton, CEO of Gamesys, Britt Boeskov, CPO of Kindred Group (32Red, Stan James et al) and Sam Hobcraft, CEO of OPL Gaming Group are among some of the top names joining the advisory board which will provide assistance to the Foundation in promoting best practices and adapting the use of the currency in regulated gambling markets.

Adding to the clout and prestige of the board are such figures as the former Senior Regulator of the LSE, Jeffrey Haas; former Director of Group Marketing for PokerStars, Morten Tonnesen; as well as an iGaming executive, an innovation agency director, and the Co-managing Partner at WH Partners, James Scicluna.

Foundation and Advisory Members Weigh In

In the announcement, Director of Advocacy for the Foundation, John Caldwell said: "To be able to announce an advisory board that includes some of the most highly-regarded professionals in this industry really highlights the growing excitement, support and confidence in CasinoCoin."

Advisory Board member, Sam Hobcraft added: "Cryptocurrency has an important role to play in the future of gaming, but it is essential that it does so in a secure, consumer-friendly and regulated fashion."

While the use of cryptocurrencies has grown steadily in many industries, nowhere has it received such a long sideways glance than in the large flow of semi-anonymous money moving into and out of online casinos. CasinoCoin plans to change that by leading the industry in setting very high standards in best-use policy. The Foundation is already developing abilities such as built-in KYC (know your customer) AML (anti-money laundering) and responsible gaming features.

CSC Board of Trustees

The not-for-profit CasinoCoin Foundation's Board of Trustees includes John Caldwell (former director at PokerStars) and Duncan Cameron (ex-Senior Project Manager of Research & Development for Rational Group). The Technical Advisor, and Lead Developer have been with the CasinoCoin project since 2013. The fifth Trustee is Fiduciary Director, Anthony Page of Knox House Trust Limited.