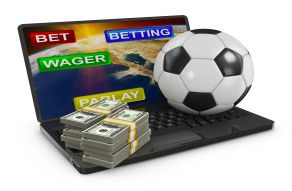 There has been a pretty fierce battle going on in California over the online poker industry for the past few years, and a bill supporting it has failed once again because of political issues between racetrack operators, native tribes and other groups. The same person who proposed the poker legislation Assemblyman Adam Gray is behind a new proposal to regulate and provide licensing processes for daily fantasy sports sites to operate in the state.

About AB-1437 for Daily Fantasy Sports

The measure is AB-1437 with the official title of Gambling: Internet Fantasy Sports Game Protection Act. The idea is that there needs to be a licensing process to get these games in line with state authorities so that they can take taxes and revenues from the proceeds of these games while providing oversight and making sure that the players are protected. This type of licensing isn't really happening anywhere else in the United States, and California could set a trend that defines the future of the industry if they take this up.

Assemblyman Gray also brought another related proposal. This one is for the licensing of sports betting, something that has particularly interesting timing with New Jersey in the middle of litigation with the federal government over the exact same topic. It's unlikely to get much ground considering how much opposition it'll see, but it's good to see another state pushing against what many see as unfair restrictions on sports betting in the United States that favor a handful of states like Nevada. Even if this measure fails, it's another step in the right direction for people who want to see sports betting regulated in more states.

Because fantasy sports are specifically protected by the UIGEA, it takes a state law against it to make payment processing for it illegal. Along these lines, California does not allow betting of any kind on sports, and this law has been seen as applying to daily fantasy sports as well. This means that they need a specific licensing process to open Calfornia players up to daily fantasy sports sites, and that's what Adam Gray's proposal would do. Whether or not it turns out well is hard to tell because it's not clear what opposition there is to the proposal at this point.