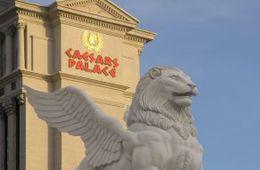 Money laundering is something that's often tied to gambling because of how relatively easy it can be to launder money through gambling establishments. This is largely due to the cash nature of the business and how casino chips are mixed up and traded back and forth during games. Different casinos have to adhere to rules that help to prevent money laundering, and Caesars Entertainment found out the hard way that they weren't doing enough with a $9.5 million penalty.

Why Such a Large Penalty?

In certain VIP high roller parts of Caesars Palace, there were certain deficiencies in their systems for handling players that led to the ability for players to stay anonymous in terms of reporting. These terms are largely defined and standards are set by the US Bank Secrecy Act, and the US Financial Crimes Enforcement Network was the group assigned to handle the situation. Caesars reportedly made an agreement to pay a penalty of $8 million for violations and agreed on measures to fix the problems. They also had to pay another $1.5 million to the state of Nevada for a total of just under eight figures.

Moving lots of money back and forth, to and from casinos is tricky business whether it's online or in a land-based establishment. It's not that easy for a high roller to just pull up with a suitcase full of hundred-dollar bills, and money often has to be sent via bank wire instead. Along these lines, the transactions have to be monitored closely because larger transactions are a bigger risk for money laundering schemes. Caesars was not monitoring these transactions appropriately, and that's what led to the big fines.

Criminal activities often create large amounts of money that's difficult to spend because of the attention it brings. If that money can be moved around in a way that makes it look like the funds were gained through legitimate sources, like gambling, then that solves a lot of problems for the criminals involved. That's why there are such strict guidelines and practices in place for handling anti-money laundering issues when dealing with big, high roller transactions like those made at Caesars Palace.