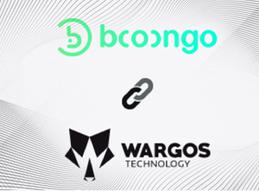 One of the leading global slot developers, Booongo is expanding its reach further into the regulated iGaming market of Latin America, by signing a content distribution deal with Peru-based online platform Wargos Technology.

…the provider’s whole range of slots will be integrated with the Peruvian platform, as well as available to its network of operators. The brand’s Hold and Win stable of titles such as popular Dragon Pearls, Great Panda and Super Marble: Hold and Win, are also included.

Beneficial Deal for Both Parties

With a base in Peru, Wargos uses high-end technology to help its partner operators to grow their business and expand their reach to a wider audience. Carlos Navarro, the company’s Chief Technology Officer, revealed that partnership with Boongo is an important step in increasing the quality of content in the brand’s offer.

“We have strong ambitions with our new platform and partnering with Booongo is an important step in building our games offering with quality content. Booongo’s cutting-edge slot games will make a great addition and I’m sure they will be a huge hit with our ever-expanding South American audience,” said Navarro.

On the other side...

… the recently signed agreement will enable the developer to deepen its footprint into a LatAm market and straighten its place in the very competitive slots development industry.

The supplier’s Commercial Director, Sebastian Damian, expressed the brand’s excitement about signing with such a reputable operator.

“Wargos’ innovative platform is a rising star in a vibrant region of Latin America and we’re thrilled to provide our games to its growing operator client base.

Our games are performing strongly in this region with players resonating with the mix of styles we have to offer. It’s an important market for us and we’re look to ramp up our presence even further over the coming months,” commented Damian.

The provider has shown serious pretenses in deepening its reach in the region of Latin America. While the partnership with Wargos is another milestone for the brand, it follows collaboration deals signed just few months earlier.

…the developer has joined forces with another LatAm giant - Colombian brand Rivalo. According to this distribution deal, the operator gained access to the provider’s portfolio which extended the Booongo’s reach even further. On this occasion, Alvaro Mosquera, Country Manager at Rivalo, said that the developer’s “impressive games portfolio is the perfect addition to the brand’s offering and its engagement tools are sure to excite its customers.”

This follows recent partnerships inked alongside Mexican operator Big Bola and what it billed as a “major content agreement” with Rush Street Interactive targeting Colombia.

Previous to this collaboration...

…the provider inked another distribution agreement with Mexican operator Big Bola. All of these deals are showing the ambitious plan of the developer to conquer the LatAm market and cement its role as one of the leading slot suppliers in the region.