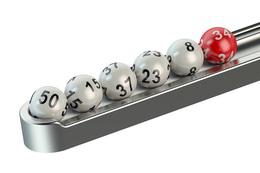 In a bit of really interesting timing, some of the USA's and UK's biggest lotteries have built up to massive levels at the same time. In the United Kingdom, the jackpot of the National Lottery kicked up over the £66 million level, a record for that game. Over in the United States, the Powerball built up to $949.8 million. However, no won hit the winning numbers, so it rolls over yet again to an overwhelming $1.3 billion. This is the largest lottery jackpot in the history of the event.

History of These Events

Unlike the quick-and-easy scratch off games that you can play in online casinos, land-based lotteries happen on a much larger scale. One reason for this is that more people have access to them because of their distribution. In more than 40 states in the USA, virtually every gas station and many other stores allow players to get in on the action with the Powerball lottery and other lotteries, and this is something that online games really can't compete with. While the largest online jackpots have been just under $20 million in value, it's rare for the Powerball jackpot to get any real attention if it's not over at least $250 million.

It might seem like daily fantasy sports isn't really related to the Powerball lottery, but a large poll has previously shown that this isn't the case. Fewer people are playing the lottery, on average, thanks to the influx of daily fantasy sports options. That doesn't seem to be affecting the huge Powerball jackpot in the US right now because of the frenzy over the huge ten-figure jackpot, but it could affect it in the future.

How Big Winners Are Affected

The winner of this big jackpot will have more attention than any other lottery winner in history. This isn't necessarily a good thing, and many people who win big like this are affected negatively. We hope the best for the eventual winner, but we also know that the spotlight will be brighter than it has been for any other winner before, and we know that's an extremely tough situation to find yourself in.