BetConstruct Now Holds a License to Operate in Spain 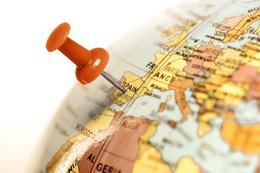 About five or six years ago, countries in Western Europe started regulating the online gambling industry on a country-by-country basis. Spain was one of the first countries to do so in the region, and they were one of the pioneers in what's now known as standard operating procedure for countries who want to regulate online gambling. They've recently awarded a license for BetConstruct's sports betting platform, and that's huge news for the company for a variety of reasons.

The first thing to realize about this deal is that Spain has some pretty strict standards for the software companies and operators that they award licenses to in the online gambling industry. To drive this point home, realize that they've only fairly recently started allowing all types of casino games, and they were actually regulating things down to a game-by-game basis in many cases. For BetConstruct to get their vote of confidence, it will make it much easier for them to receive licensing in other countries in the future.

BetConstruct is expecting big things over the next few years. They've even went so far as to open a new office in Cyprus that will oversee the execution of their international sales strategies, and it will also serve as a sort of home base for the development of their services. In short, they're looking to grow in a major way, and getting a license in Spain right now is a great way to kick that growth off. From here on out, we're probably going to see more licenses granted to this company as they continue to grow.

Sports Betting Online and in Retail

The online sports betting world in Europe has seen a ton of changes in 2015. There have been big mergers that have caused the sports betting landscape to completely shift, and BetConstruct is hoping that they can make progress in both the retail and online markets in the middle of this chaos. There's definitely a large enough sports betting market for them to be able to take over a significant portion of it, and if they continue pushing, we could see them the target of another takeover or purchase in a few years once they become a more serious competitor to the top names in the industry.