Aussie Advertising Code to be Influenced by Watchdog 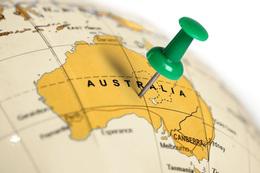 Advertising for any type of gambling is an extremely touchy subject. On one hand, it's reasonable to think that businesses should be able to advertise their products and services so that they can gain more customers and remain profitable. On the other hand, gambling can be advertised in predatory ways, especially towards underage individuals and those with compulsive gambling problems. Along these lines, there has to be a balance between allowing companies to advertise and making sure that it's done in an ethical way.

The Wagering Advertising and Marketing Code

In Australia right now, they're looking at creating a Wagering Advertising and Marketing Code that will be used to, among other things, generate a procedure by which Australians can complain about ads to the Advertising Standards Board. The AANA, a self-regulatory group for national advertising, is looking to get influence on this bill after several gambling companies in Australia backed a push for self-regulation. This is often seen as a more favorable approach than government intervention for a variety of reasons.

Online gambling in Australia is a tricky subject right now. Individuals can access a variety of online casino games and poker rooms without much of a problem, but they're pushing to revamp the way they handle the industry, and the advertising side of things is getting a lot of attention. This makes sense because you'd want the advertising standards in place first before changing up how companies operate in the country, but it's causing a little bit of friction between groups that want to self-regulate and those who think that government intervention is best.

Self-regulation is seen as a preferable approach to government regulation because there are so many levels of politics to anything passed in government that objectivity becomes a lower priority. With self-regulation, however, objectivity is king because of the necessity to defend against attacks from people who would push for stronger regulations. It's hard to fight against companies who are voluntarily regulating themselves in logical and ethical ways. For now, it's looking like the Wagering Advertising and Marketing Code is going through anyway, and the self-regulation body of AANA is going to try to get in on the formation of the code as much as possible.