An ISP-Level Gambling Site Block Could Come in Sweden 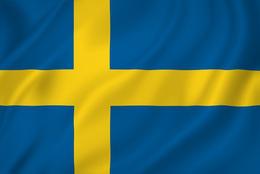 For a long time, Sweden has a been a country that's been known for having policies geared towards keeping Internet access as open as possible. When the government tried to block access to The Pirate Bay, one of the most popular piracy sites in the world, courts rejected it because it wasn't allowed under Swedish law. Now we're facing a similar incident over unregulated online gambling sites.

The Basics of the Scenario

Last fall, several Swedish companies started working toward self-regulating to keep the government off of their backs as much as possible. Now they're facing another interesting situation where the government wants to act to get ISPs to block foreign online gambling sites in an effort to protect their licensed, regulated online gambling industry that's emerging. With that having been said, the courts are unlikely to grant it, and that's going to create a really interesting situation for players in the country.

A Simple Battle of Incentives

ISP blocking is an important tool for many governments because it attempts to force players to keep their online gambling within the framework that a country has designated with regulated and licensed sites. However, it's also a sensitive subject because anything having to do with blocking Internet access for citizens is seen as a slippery slope that could lead to justifications for all types of censorship. It's a tough situation to be in for the government because they don't want to cause alarm, but they do want to protect their licensees and draw in as much in revenues from regulated online gambling as they can.

Where This is Heading

It seems pretty unlikely that the Swedish courts are going to budge on this one. That means that licensed sites in this country will have to compete on an international level for players, and that's obviously going to hurt the revenues that the country is able to bring in. They have other options to try to control where people gamble online, however, and they'll probably end up going in those directions instead. These include things like regulating financial access in terms of deposits and withdrawals as well as other enforcement mechanisms to eliminate unlicensed online gambling as much as possible.