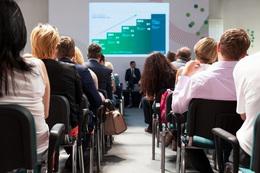 There's one big message that's coming across with this move: They are looking for connections with European countries so that they can open up their level of business even more. This makes sense because many of them have been looking to get in on online poker especially, but other types of casino games like slots are also on the table. This is a pretty big deal for obvious reasons, and it could lead to an expansion of online gambling for tribal groups in the United States.

A big part of this trip is a seminar that's designed to give parties who might be interested in pairing up with tribal groups information about their own gambling sector. The idea here is that they want these groups to know how active they are about looking for business opportunities in this industry, and they're hoping that this will open the door to even more partnerships with companies that tend to stay out of North America on one level or another. The bottom line is that this seminar, which happens on February 2, will be very interesting, and it'll be fun to see what the effects are on the industry in the long run for these tribal groups.

There's a ton of tension right now in many parts of the United States with the tribal groups and their gaming industries. For example, many of these groups have run opposition to states like California opening up things to a regulation of any type of online gambling, and they're active in other states as well. Overall, we'll have to wait to see how their potential expansion could affect legislation in these areas because they are definitely a huge influence.