A Letter About Regulation Was Penned by FanDuel CEO 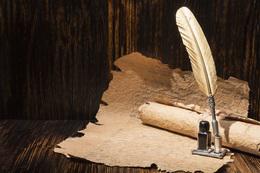 A big scandal several weeks ago set of a big problem in the daily fantasy sports world. An employee from DraftKings used inside information not available to the public to place bets on FanDuel and win prizes that totaled in the mid six-figure range. This was obviously a big problem, and it's brought up a ton of heat with the government who are looking to step in and regulate the industry.

Yet Another Call for Regulation

This isn't the first call for regulation by a daily fantasy sports company. A few weeks ago, the Amaya Gaming Group also called for regulation after that scandal initially went public. Everyone seems to believe that there need to be rules in place to keep things like this from happening again because it undermines the integrity of the industry as a whole and puts players in a situation where they can't really be sure if they're in fair games or not.

One issue when it comes to regulation is where daily fantasy sports stands in terms of the UIGEA. Some people think it's clearly covered from the carve-out for fantasy sports. However, a key author of the bill has said that daily fantasy sports wasn't really imagined at the time of the writing of the UIGEA. In either event, it clearly falls under the definition of that particular type of betting, and it's something that's going to be brought up for better or worse.

What's important to point out is that the UIGEA does not make any type of betting legal or illegal. The relevant part of the UIGEA that applies here is that a gambling site has to be licensed by the proper US jurisdiction to operate in the US, and an exception is granted to fantasy sports (among other things). While this doesn't supercede state laws (as has been seen in Nevada and a few other areas), it does mean that the UIGEA cannot be used to try to outright ban daily fantasy sports. Along these lines, it's going to be hard for these regulations to really cut out the industry as a whole, even if it ends up making things inconvenient for players and/or the sites themselves.