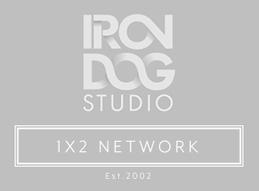 A new service called First Look Games has signed a deal with 1X2 Network that's going to get a lot of attention in the industry. The service they provide is the kind of thing that a lot of other companies will want to follow suit on, and it's as exciting for affiliates and developers as it is for players.

What This New Service is All About

First Look Games creates a direct link between developers and affiliates that will allow them to get more quality content and information to players faster than ever possible before. The way this is done is that certain affiliates will be able to get information directly from the developers, which cuts down on delays and creates a direct line of communication that's incredibly useful.

One particular example of this is coming up around Halloween with Iron Dog Studio's The Curious Cabinet release. This slot will be one of the biggest of 2018 that comes out under the 1x2 Network umbrella, and affiliates are going to get artwork and game access two weeks before its launch in a bid to give players more information and to build excitement before it's actually available.

What Players Get Out of This

Players look at affiliates to give them the information they need to make decisions about what will be the best games to play for them. Not everyone is the same, so two people can look at the same information with one deciding that a game is great for them while the other decides to pass.

What First Look Games and this new deal does is that it creates a link from developers to affiliates that allows them to put out more high-quality information than before and to get it sooner since they're getting it directly from the source. This level of coordination is something that's missing in the industry as a whole, and players often suffer overall because of the lack of info they're able to receive ahead of time. The idea is to fix that, and 1x2 Network has made the first deal that will get it done.