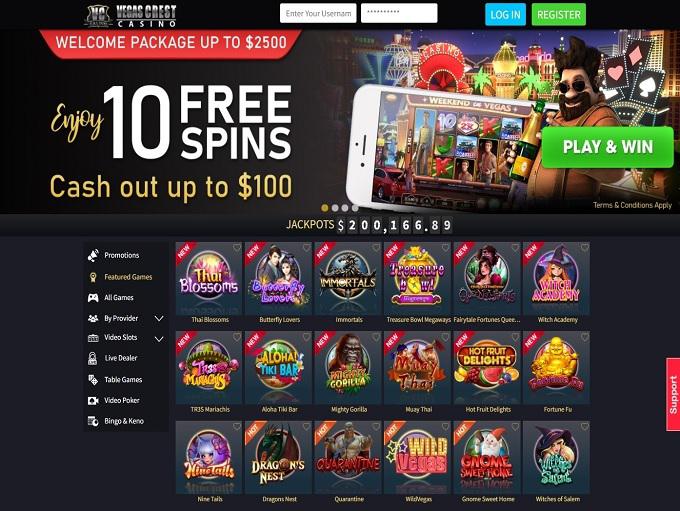 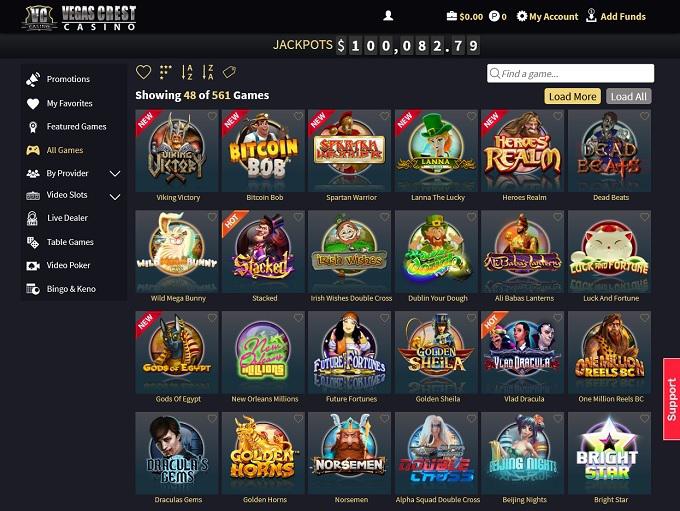 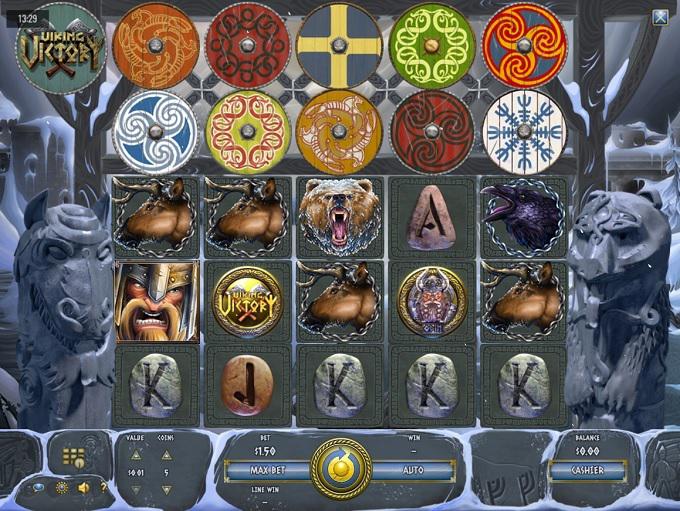 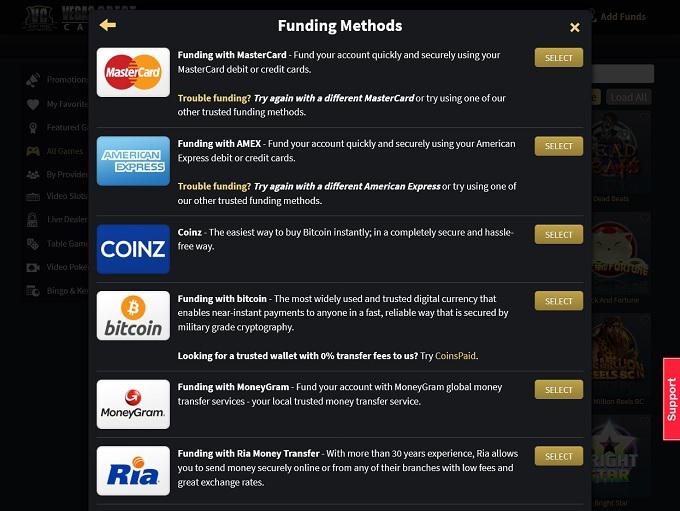 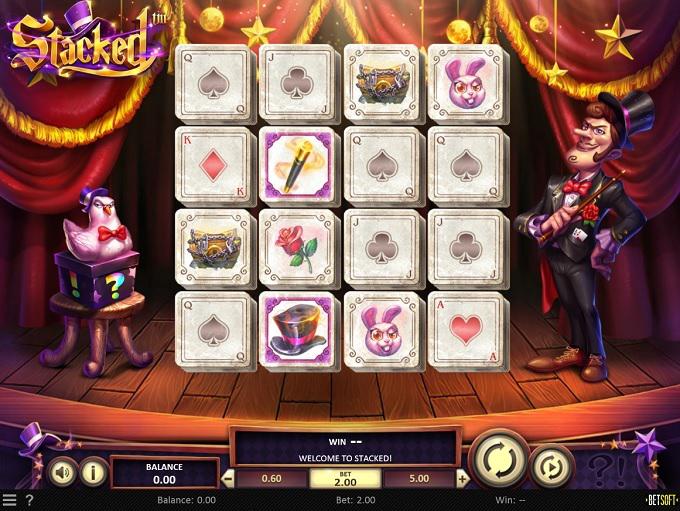 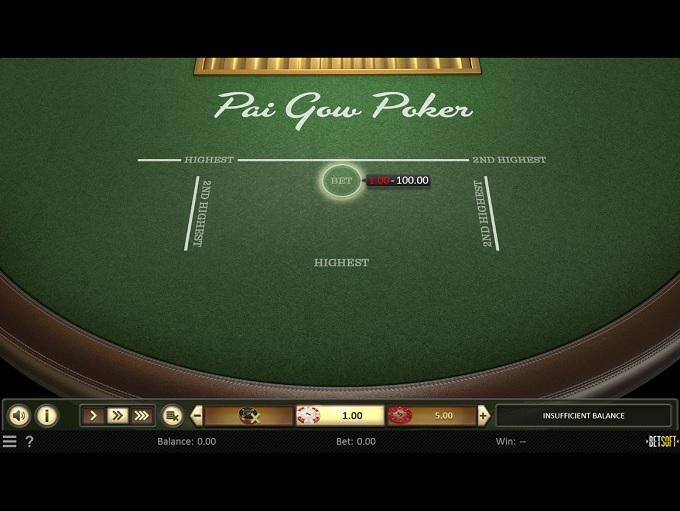 Vegas Crest Casino has been running since 2014. They are noteworthy for being one of the US-friendly online casinos with the most games to choose from, and this comes from the fact that they have titles from four different US-friendly software providers. While they're licensed in Curacao, they haven't had the time to really build a huge reputation for themselves, and some of their policies are less-than-ideal for players. With that having been said, they also haven't developed a reputation for withholding payments or being unreliable either.

The titles at this online casino come from a combination of four software providers: BetSoft, Rival Gaming, Saucify (previously BetOnSoft) and Vista Gaming. This gives players a lot of titles to choose from, especially considering the fact that they accept American players. They have an instant play option that allows you to play games directly in your browser, but the drawback is that it does not have the complete selection of titles that their downloadable platform offers. Loading times in the instant play platform vary based on the games you're playing because some of them have more in-depth graphics than others.

There is a mobile option for Vegas Crest Casino that basically allows you to play their instant play titles through the Internet browser on your phone. The games fill your screen in a full screen mode, so it's much like playing the actual titles from a native app. However, you'll choose games and manage your account from your browser, so it's not a fully-fledged mobile app in that sense.

The slot selection with Vegas Crest is one of its major highlights with high-quality titles from multiple software vendors. The games from BetSoft generally have the best visual appeal, but the i-Slots from Rival Gaming have a really in-depth gameplay with storylines that unfold as you make your way through the game, so the replay value is pretty high. A lot of games from BetOnSoft and Vista Gaming provide a variety of experiences as well, though the quality can range from great to mediocre.

They definitely haven't overlooked the table games at this online casino, and they have tons of traditional titles like roulette, Baccarat and craps. Several variations of blackjack, video poker and casino poker are also available, and this really rounds out their overall game selection. While most of their titles are slots, there is an impressive array of non-slot titles as well, and this balanced game selection is a good sign that they're trying to appeal to a wider range of players than sites that are almost completely made up of slots.

Play is available in euros, British pounds or US dollars at Vegas Crest Casino. However, their selection of banking methods is about average with only the most well-known options covered. This includes MasterCard, Visa, Discover, Neteller and Skrill. Paper checks are available for withdrawals in some areas as well. It's worth noting that most of these methods aren't available for American players.

And this brings us to one of the main disadvantages of playing with Vegas Crest Casino. While they haven't had the time to build a reputation for reliable cash outs just yet, they do seem to have all withdrawals pending for about three days before they are processed. This leads to relatively slow withdrawal times. On top of that, players can only cash out $3,000 at a time. If players want to request withdrawals for larger amounts, then they'll be put on an installment plan of what would appear to be payments of $3,000.

Customer service is available through email or live chat only. No telephone option is available for Vegas Crest Casino, and that might turn some players off from playing here. For this review, we used the live chat option to ask a few questions about the casino, and the service was quick and friendly. Again, this is a situation where things look good upfront, but they really haven't had the time to build a long-standing reputation.

For American players, Vegas Crest Casino is probably worth checking out as long as you don't mind the per-withdrawal limits and slower withdrawal times. The game selection is better than what Americans can expect at most of their other options. With that having been said, players from the rest of the world won't necessarily be impressed with this aspect of the casino since it's not hard to find places that offer a larger selection of high-quality games. Either way, this isn't going to be a horrible option for anyone as long as they don't mind the withdrawal issues and what appear to be less-favorable-than-average wagering requirements on bonuses.