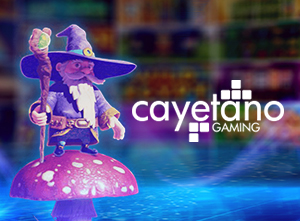 Cayetano Gaming is a pretty popular online casino gaming studio, no doubt helped by the fact that the company is owned by Paddy Power (later Flutter Entertainment). Originally from Sofia, Bulgaria, this studio started operating in 2009. The early years were somewhat quiet for the company, as it built its proof of concept games. Then in 2011 they were acquired by the Irish gaming giant and quickly started making up for the lost time.

In a handful of years, the portfolio expanded into dozens and dozens of titles, and at the same time the team itself kept on growing too. Not long after they started grabbing all sorts of awards from industry events, which led to their games being available in an ever-growing list of online casinos, and lately also in land-based terminals. New games are released monthly, making this quite a vivid gaming company. 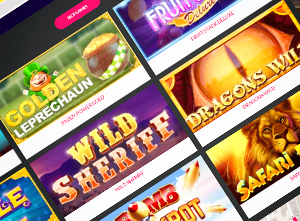 Besides a few titles dedicated to blackjack and roulette, Cayetano is all about online slots. These they continue to release at a steady pace, with the whole selection closing in on a hundred titles already, of which some are only available at Paddy Power. But what kind of slots are the rest of these?

Paylines is the most usual setup for calculating wins, though there are a few exceptions to this in the form of experimental slots. Likewise, five reels is the most common number, though occasionally there will be three, or even more than five. Graphically the games are pretty standard, sometimes spicing up the action with animations and effects, and the same goes for audio effects.

Each slot usually comes with one to three different special features, which can range from wilds to mirrored reels and bonus spins. As is always the case, what really matters is that these are balanced with the wins and paytable that the game comes with. Nudges, explosive symbols and other extras add some unexpected action to the reels too. The only real downside to these games is the RTPs, which rarely go above 96%, though they don’t really dip below 95% either.

Sometimes You Need a Bit of Help

It seems pretty obvious that without Paddy Power, or the parent company nowadays known as Flutter Entertainment, Cayetano wouldn’t be where it is today. Not that their vision would have changed, the games would probably still be much the same. It’s simply the size of the company, and their reach within the markets. This move has allowed them to partner up with companies like Red Tiger and The Stars Group, whilst hundreds of individual casinos have also welcomed these online casino games into their selection. At the same time they keep expanding to new markets such as Italy.