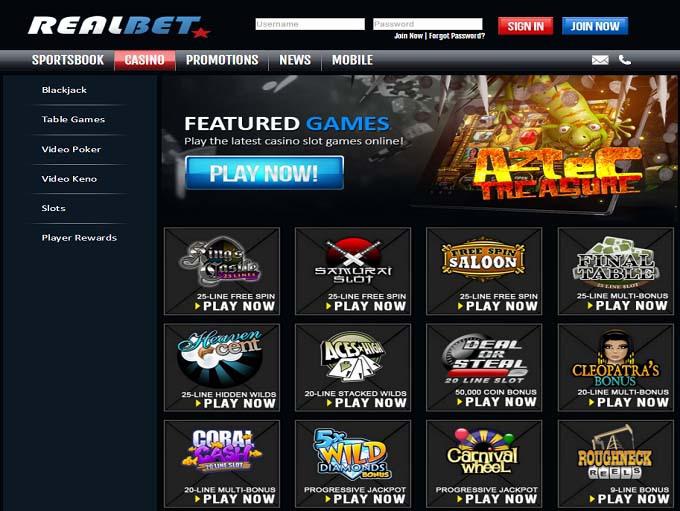 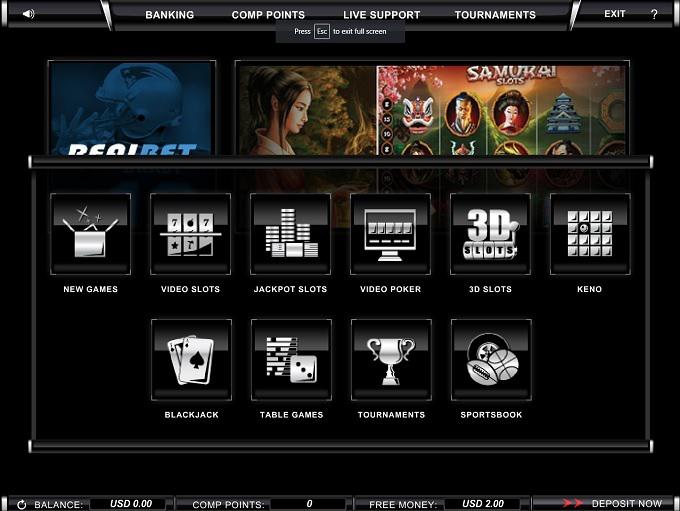 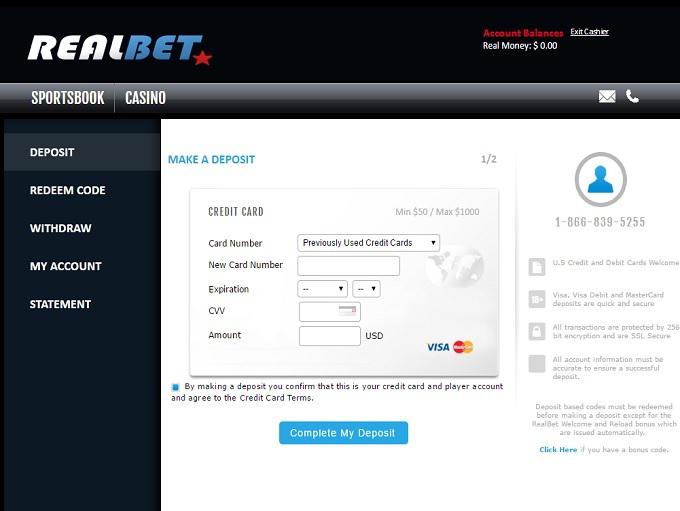 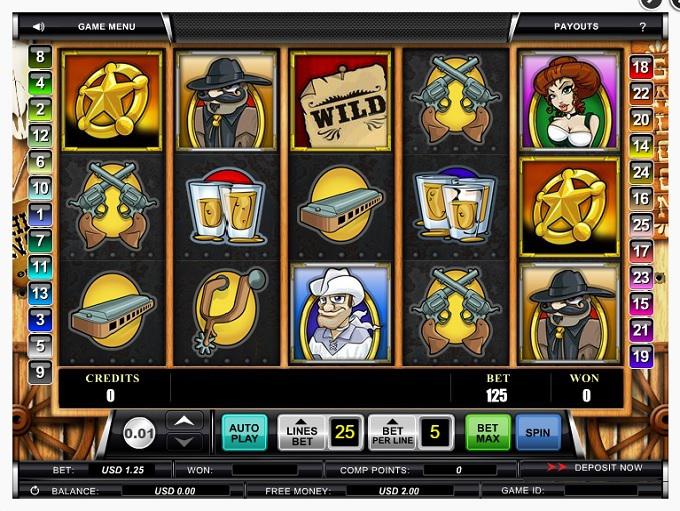 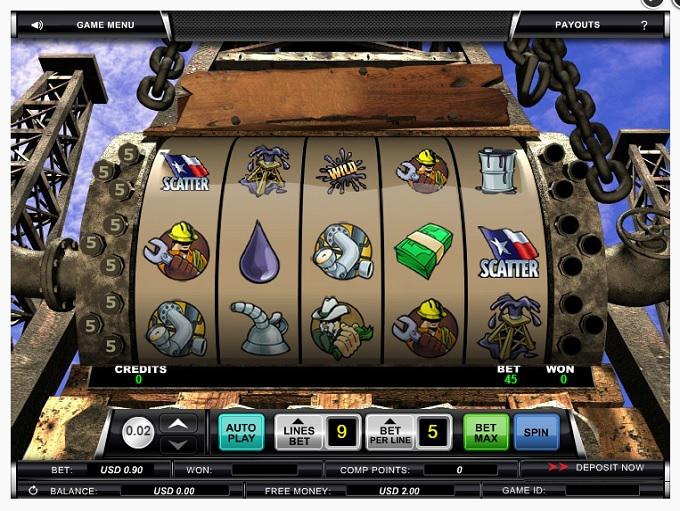 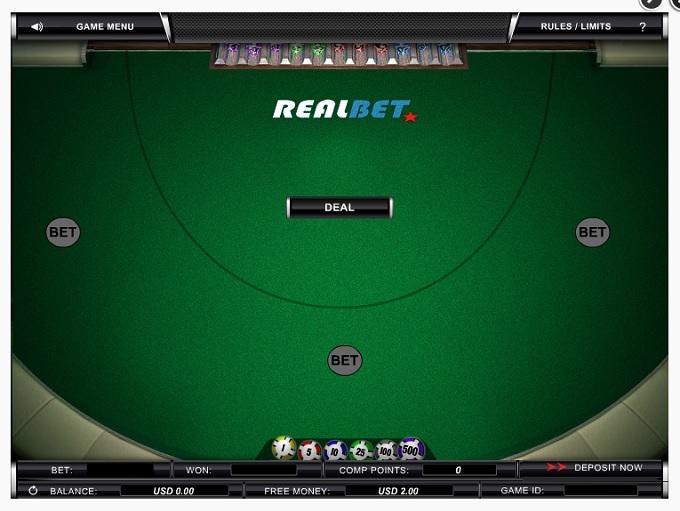 Realbet Casino is a site that's been running since 2015. They're licensed in Curacao, and they haven't really been around long enough to build up a reputation of their own. They do accept US players, and they have a slick website that offers sports betting as well. The online casino section of their site is what we're going to be covering here, however, and we want to show you everything you need to know to decide if playing at this site is a good option for you personally.

The BetSoft software is used at this site. This software package contains some of the most high-quality games running in today's industry. However, for this particular site, they have implemented the web-based, instant-play client only, and this is in an effort to keep both their casino and sports offerings together. Along these lines, you can only play on the instant play site or via mobile, and there is no downloadable option for players. This will not affect hardly anyone in a negative way, so it's not really something to worry about as a player.

It's hard to say too much about their slot selection. BetSoft slots are frequently used as the gold standard for measuring other games because they're generally seen as an example of the best games running today. They have over 100 titles to choose from, and the 3D graphics and feature-packed experiences are two of the stylistic aspects of these games that make them stand out. If you're a fan of slots, then these are the titles that you'll want to be playing in today's industry.

The table games selection doesn't get as much attention at this site because they only use the BetSoft software for the most part, and their focus is primarily on slots. With that having been said, they do have four styles of blackjack, all of which pay out over 99 percent with correct play, and more than 15 different types of video poker are available. Six of these games have payout rates of 99 percent. However, you should avoid Pyramid Bonus Poker with its terrible 83.6 percent payout rate and all of the multi-play options since they have worse pay tables than the regular styles of the games.

Aside from those skill-influenced games, the standard selection of Baccarat, craps, roulette and card-based table games are available. This includes a few versions of casino poker like Oasis Poker, Poker 3, Let It Ride and Caribbean Stud. All in all, there are a few dozen table games to choose from, so if you're a fan of this style of game, you'll be covered as well.

The payment selection at Realbet Casino is probably their most glaring weakness. They only accept Visa and MasterCard credit cards at this time. That's one of the most limited selections for payments that you'll find anywhere in the industry.

In terms of how reliable they are when it comes to withdrawals, it's hard to say. They've not been in business for very long, but the reports that are out there say they've been reliable up to this point. With that having been said, we recommend that players take a bit of caution here until this company is able to build up a history of reliable cash outs for their players. This point alone will make international players probably want to seek out other BetSoft-powered casinos to play with, but US players have fewer options.

There are two options for customer service here. You can use telephone lines or an email option. The email option promises a response within 24 hours, but our email asking a few questions for the purposes of this review received a reply within three hours. The other option is the telephone line. There is no live chat option, and that's not going to sit well with players who have become used to it, especially on sites that focus on web-based platforms for their players. While the lack of a live chat option isn't going to do them any favors, the support team member we spoke with via email was quick, friendly and helpful.

The story we see with Realbet Casino is one that we've seen with a number of other operators in the past. They haven't had very long to build up a reputation, so it's hard to recommend them. Their limited number of banking methods (only two credit cards) combined with the lack of a live chat support option really hurts them here, and the fact that their software list and game selection is somewhat limited compared to international competition hurts them as well. For US players, however, it's a bit more favorable since there isn't nearly as much competition.