The Basic Odds of Craps 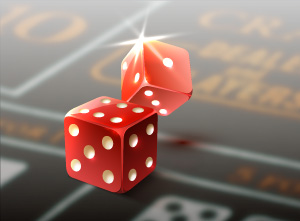 There are thirty-six (36) different dice combinations that can occur on one roll.

One thing that must be remembered is that the odds of any number being rolled, independently or in relation to each other, do not necessarily represent what the payoff is going to be on the corresponding bet.

Of course, it wouldn't, or there would be no such thing as the "house," would there?

How to Play Craps