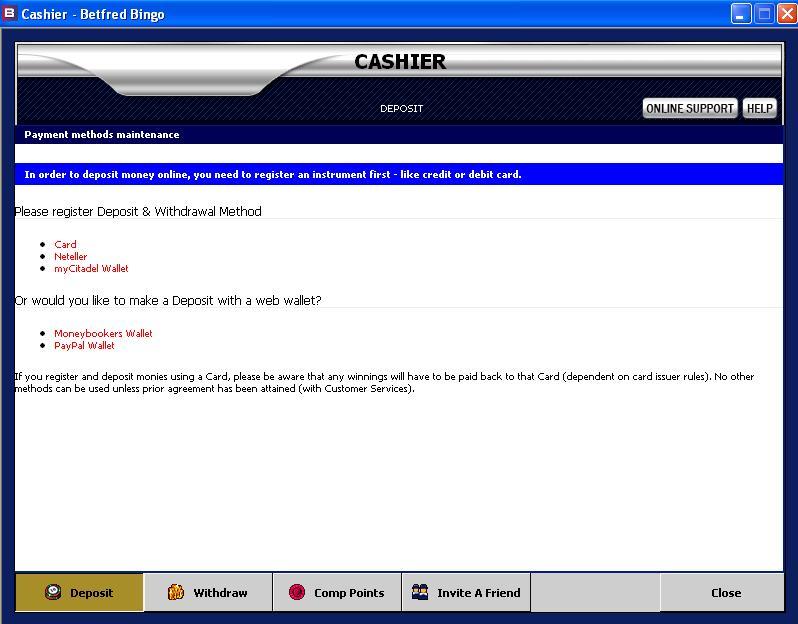 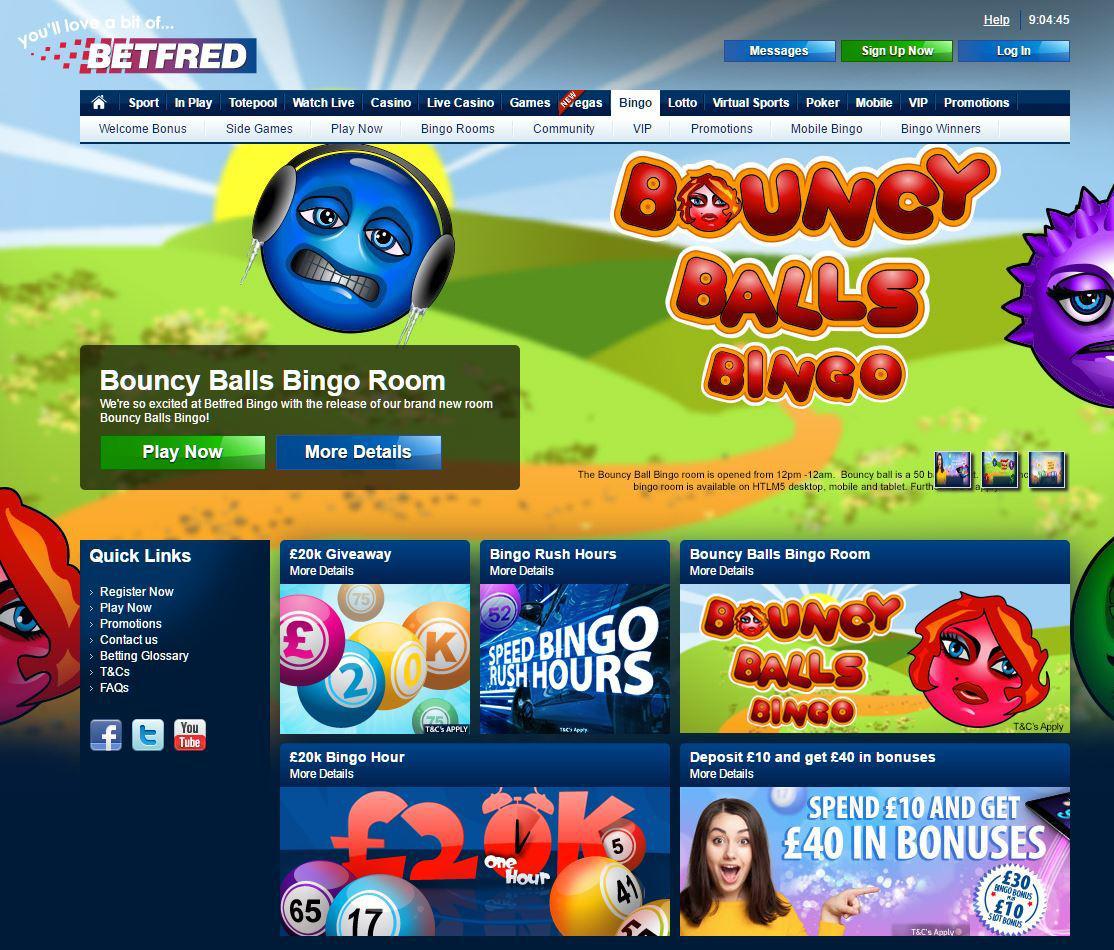 From sports betting to poker, we thought the BetFred family of online gaming sites had it all. We were wrong. BetFred Bingo, since 2006, has a variety of bingo-games in its impressive Playtech-powered line-up, as well as the Bingo events, cruises, chat games, and bonuses that have come along for the ride.

Available in Download or Instant Play, BetFred Bingo has more bingo games going on than you can shake a dauber at. Registration is simple, if a bit detailed. Promotions (yay, cruises!) and additional gaming options are what set BetFred Bingo apart from other 75-ball and 90-ball bingo sites.

I’m happy to report that there are too many promotions for me to individually list in this section. See the BetFred Bingo bonuses to get started. I’ve broken them down as best as I could so that you can understand the scope of what’s in store for you at BetFred Bingo:

BetFred online bingo offers may change over time. The BetFred Bingo terms and conditions for each bonus are listed at the bottom of each bonus page, so they are forthright with the information. There’s even an additional section for “General Bonus Terms” under the Promotions page, so they don’t expect you to accept all bonuses blindly.

I found the information to be clear and well-written, and if you have additional questions, there’s a representative standing by to take your call or your email.

Unlike some bingo halls, BetFred Bingo online casino has plenty to distract you from the game of bingo if you need to give your dauber a break. You can visit any one of the BetFred family sites for a complete change of pace or you can venture into the various community and chat areas available right on the BetFred Bingo site.

I particularly like the “Bingo Lingo” section, which decodes the common chat quick phrases like “HB” for “Hurry Back” and “NP” for No Problem. It’s nice to have a reference guide to decode conversations-instead of thinking your fellow players are all plagued with broken keyboards.

Since this review is highlighting the BetFred Bingo site primarily, I won’t speak to the seven other gaming members of the BetFred family-just know that there are plenty of other ways to use your account if you should ever get the bingo burnout.

As far as bingo games go, BetFred likes its 90-ball games. You’ll find 75-ball games, as well, but since this is a European site, the 90-ball bingo games are far more prevalent.

No matter how many balls are in your game, the chat games are a must at BetFred Bingo-they’ve put so much effort into the bonuses and promotions, you’re sure to meet many new friends and have more winning chances than ever!