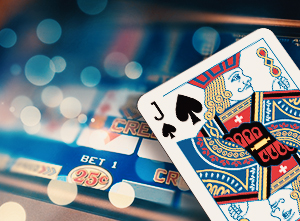 Jacks or Better is a game between you and the dealer and is played with a standard deck of 52 cards. Five cards are dealt in the first hand. Hold as many cards as you want to build the strongest hand. The remaining cards will be discarded and replaced with new ones from the same playing deck.

Jacks or Better Video Poker is a poker game where paying combinations begin with a pair of Jacks. Minimum and maximum payouts are set by the casino. A standard rate table is listed below:

If you have been dealt four of a kind, straight flush, or royal flush then hold all. Otherwise, make the most from the cards contained in your hand by using the following priorities: