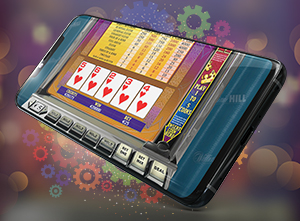 If you have been dealt four of a kind, straight flush, high royal flush or low royal flush then hold all.  Otherwise, make the most from the cards contained in your hand by using the following priorities: