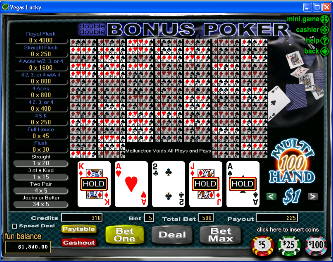 A one-hundred hand grid is used in this version of Double Double Bonus Poker. You are dealt 5 cards face up. Only the bottom hand displays the starting cards. Hold or discard as many cards as you want to make the highest paying combination.