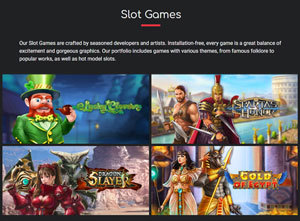 The big idea behind SimplePlay’s slots is as simple and exciting as a spin of reels. This Asian software provider just listens to the voice of players, creating games they love: eye-catching, engaging, and able to deliver impressive prizes.

Aiming to win the hearts of punters far beyond the Earth’s largest and most populous continent, the brand has done a great deal of work to diversify its portfolio, adding titles with non-orient themes.

In line with their desire…

…to cater to the broad international audience, people behind the brand have transmitted to five-reel grids traditionally popular ancient myths and legends developed across ancient Greece and Egypt. They also paid tribute to famous Irish lucky charm, an extremely wealthy and prosperous Mayan civilization, as well as to One Thousand And One Nights, a mesmerizing collection of Middle Eastern folk tales.

Just as their name says, slots made by SimplePlay are easy to play but it doesn’t mean you’re offered a plain-vanilla thing. Quite on the contrary, all games designed by this studio are enhanced with innovative extra features, some of them (Unlimited Spin Mode included in Dragon and Tiger, for instance) are real hot tickets!

…are a very important part of Asian culture, therefore no wonder, you’ll come across all sorts of fire-breathing creatures browsing the SP’s striking library. In hell-roaring high-volatile Dragon Slayer, they are ravaging the world boosted by free spins and a unique Reel Extension feature able to transform a standard 5x3 grid with 243 ways to win into 5x5 battlefield where players can hit triumphant combinations across 3,125 ways.

…Cage Fight is a great opportunity to plunge into the thrilling atmosphere of a boxing match. Well, it takes plenty of courage to walk into the cage and face a professional fighter but the championship belt comes with the whole four extra features: free spins, Power Spin, Power Climb, and Power Prize. Soccer fans, in their turn, can enjoy World Cup Fever with its noisy crowd, stunning cheerleaders, spins on the house, and random wild multipliers. 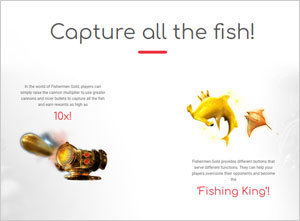 What about Asian-themed games?

Millions of online and mobile casino players are fascinated by the orient culture, so opulent and full of mysteries. If you’re one of those who believe in the powers of number 88 and ultimate supremacy of Cai Shen, Chinese God of money and wealth, then you’ll be pleased with the choice: Six Swords, Child of Wealth, Dragon 8, Fortune Lion, The Masked Prince, and many other titles to bring luck to your side.

Quite surprisingly, SimplePlay does make them. Not that this software provider is in love with these timeless classics and bells but it has a couple of releases worth pulling a handle. Despite a slight orient touch highlighted by a winning combination of dark red and shining gold, one-line Super 7 and Hoo Hey How are true timeless masterpieces that return to players 96,62% of all staked money and bring the benefits of high volatility.