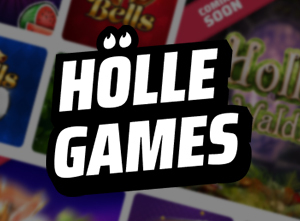 Founded in 2020, Hölle Games is a young yet ambitious software provider of online slots from Berlin. If you wonder what Hölle actually means, people behind the brand offer a pretty exhaustive explanation. For one thing, a Spielhölle is a German word for a place with sleek cabinets called fruit machines or one-armed bandits in other parts of the world. Secondly, Hölle is an exclamation similar to English awesome!, so Hölle Games can be translated as Great Games, which definitely sounds … great!

Let’s find out more about this software provider and see whether their products reflect such a spirited name.

Hölle Games team consists of industry veterans that at different stages of their careers worked at well-known iGaming companies including bwin, Tipico, SG Digital, Merkur Interactive, and G Games. Interestingly, the studio’s CEO Robert Lenzhofer was a co-founder of Glück Games that in 2018 merged with Gamevy to become the aforementioned G Games.

In his turn, Holle’s game developer David Dunnings started at Red7Mobile to continue his career as a full-stack developer at SG Digital, and, finally, move to Germany to join Glück Games in 2017. Other members of the founding team also worked at Glück that at some point shifted focus to the lottery space, which probably was the reason for the establishment of video slot-oriented Hölle. 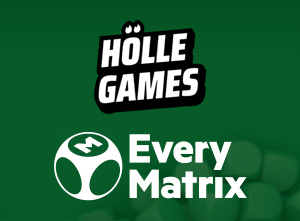 The world heard about Hölle Games in June 2021 when the studio partnered up with EveryMatrix, widely renowned for its state-of-the-art CasinoEngine platform. The latter offers content from more than 175 top-tier providers, constantly looking for new opportunities to extend the already huge library. Hölle’s portfolio became a great addition to the library since the solutions offered by this B2B developer are in compliance with Germany’s tax and gaming regulations, making their products perfectly suitable for the local market.

In fact, the plan was to start the partnership with the regulated German market and later further extend it to other markets with a high interest in the type of products created by Hölle Games. The brand highlights the fact, their video slots are designed with both a German player and current local regulations in mind. Namely, its unique game mechanic called Bonus Spin serves the lofty purpose to deal successfully with the proposed German turnover taxation.

Made In Germany Online Slots

So, let’s take a closer look at what (according to Hölle Games) makes a great online slot for a German player. From what we can see now, it’s a 5-reel video slot with an ultimately classic theme: traditional fruit symbols, plenty of golden bells, and, of course, lucky red sevens.

All games are built on a standard 5x3 layout, offering punters 5, 7, 10, or 40 pay lines to strike their winning combinations. Some of the evergreen titles offered by operators at the time of writing this review featured wilds and scatters, but not free spins or other extras. However, Fruits 40 Respin that is waiting in the wings clearly suggests some great changes and a big return of bonus rounds.

The unique characteristic of all Hölle’s releases is that they let players take advantage of the two Gamble features. The first one is commonly seen out there, providing an opportunity to double or quadruple winnings by guessing a color (no psychology just pure luck!) or a suit of a playing card. The second one is Ladder Gamble that allows climbing up to the prize shown on top of the ladder, giving players three lives to boost their chances.