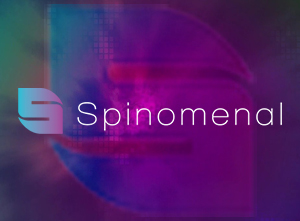 Spinomenal is an Israeli firm, or that is where it originated from when the company was established in 2014. Today, only a handful of years later, they have expanded way beyond national borders. The company offers over one hundred slots of their own, together with two thousand other titles through their aggregation platform.

The company is partnered up with both other game producers and a vast array of white label providers, software platforms and, of course, tons of online casinos. Take a look below what sort of slots the company itself produces and offers.

Looking at the different slots, and the themes that they have, it’s quite clear that Spinomenal seeks to entertain the player. This is evident both from the style of the games as well as from the chosen source material and how it is used. There are not all that many games here that could be classified as ‘serious’. The graphical style almost always leans towards comical or cartoonish, but not far enough to be considered childish.

Now, besides the themes and style, there are plenty of more reasons why the chosen route works wonders for the company, and the player. No surprise more and more online casinos are partnering up with them.

Lots of lines and extra wilds

The company isn’t afraid to experiment and this is evident from a ton of different line pay setups. They are equally at home with five paylines as they are with 243 ways to win, and also including both way pays. One thing that does remain the same throughout the slots is the five reels with three symbols combination. Thus, the number of paylines in effect mostly changes the volatility, and thus also has an effect on the kind of wins you are going to see. 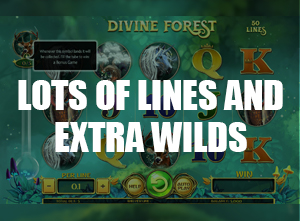 Wilds also play a big part in the games. More than a few of these slots come with extra wilds, expanding wilds, wild reels, wild multipliers, and lots of more. Just as well, it is perhaps one of the most important symbols when it comes to spicing up the base game...

...but that is not to say that wilds are the only things that are used to surprise the player. Bonus games are a given and a staple feature for most slot games, such as the case here as well. To add to this, there are plenty of different re-spin features, instant wins, stacked symbols, and the wilds we already mentioned.

The company is not afraid to experiment either, with lots of slots breaking the old conventions and combining different features at will. As an example of this is also the buy a feature option, which bypasses the luck of getting the specials on the reels. Not to worry though, if you are looking for traditional features those are there as well. Choose your slot wisely and you are sure to enjoy your gaming session!

The company also offers plenty of other options, such as table games and lottery through their aggregation platform.