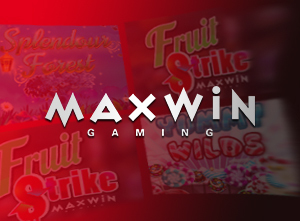 This slot maker became known to a wider gambling audience at the beginning of 2019 when the company inked the deal with Relax Gaming and joined its Silver Bullet partner program. Launched just several months before, the latter was designed to offer the most comprehensive go-to-market support for younger studios able to deliver off-the-charts content.

By that time, Max Win Gaming had managed to build a solid reputation based on high-quality slots but only in smaller circles. Almost four years since the foundation in 2015, the brand still was not familiar to the great bulk of players as its portfolio consisted of the games custom-made for some of the world’s leading software providers.

Thanks to the numerous opportunities...

...provided by the Silver Bullet concept, MWG got access to one of the largest distribution coverage in the industry, as well as to a wide range of services intended to rapidly boost content visibility. Long story short, people behind the studio finally could focus on their main goal – to keep players entertained and create premium slots using the most advanced technologies and the most daring ideas.

The first thing to cross the mind is that Max Win Gaming slots are high volatile. Indeed, we can hardly think of any release that is not designed to land although less frequent yet hefty wins. If anything, the name of the studio suggests an impressive winning potential – and isn’t it what all punters are looking for?

...is important to you, then 9,442x stake offered by Yummy Wilds looks really appetizing! Themed around all kinds of impossible-to-resist candies, this 5x3 one-armed bandit invites players with a sweet tooth to hit their lucky combinations in 243 possible ways.

What’s more, lollypops and toffees are far from being the only treats – this game is chock-full of awesome features such as free spins and wilds, the latter come in four different types and can appear at random, stay locked on the reels, expand to complete more triumphant combos, and multiple prizes.

Incredibly immersive Splendour Forest can also brag of a solid maximum win, which is set at 6,427x bet. Driven by high variance, just as other titles from this developer, it features a regular 5x3 grid with 10 pay lines. Mesmerizing and enthralling, the world of magic and untold treasures conjures up undoubtful benefits of expanding symbols and free spins.

Fans of action-packed spinning pastime love Max Win Gaming slots and for a good reason – even rich in history classic 3-reelers boast an enviable set of extras in the performance of this software developer.

Let’s take Fruit Strike equipped with just one row and a single pay line. Despite its unpretentious look and well-familiar symbols, this pokie is not an ordinary old-time machine but rather a modern treasure chest stuffed with wilds, multipliers, and even respins!

With a little help from Lady Luck...

...punters can hit up to 2,000x stake, hence if you’re one of those who think classic slots pay better than tricked-out futuristic titles, do not hesitate to give this juicy extravaganza a try.

If you wonder, why other game studios want MWG to make games for them, check out Ali Baba’s Luck proudly launched by Red Tiger, a Malta-headquartered company acquired by NetEnt in 2019. Even though the Arabian Nights theme is one of the most overexploited across the industry, you’ll appreciate the unique approach to the timeless riddle and a host of bonus features intended to bring luck to your side.