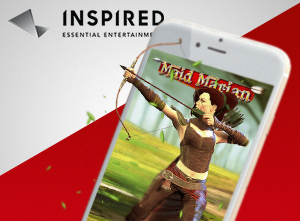 The exact date escapes us, but the company has been operating since at least 2006. Inspired Gaming is a gaming producer that is deeply rooted in the traditional land-based terminals. They have been making moves in the online sphere as well, with over a hundred casinos sporting their games so far.

Though the classic influences are clear, most of the modern mobile slots encompass everything you would expect from a slot made today. Virtual sports and other gambling activities are included in their wider background. The company is quite massive, with a wide presence throughout traditional markets. Their online presence is growing by the day, with games already widely available.

The story of the company begins with land-based gaming, and this is also the primary influence for their online slots. According to their own data, the company has tens of thousands of terminals all across different betting locations. Mainly in the UK Markets, but also throughout the world in different jurisdictions.

These machines have already taken the first step towards internet integration, as the company runs its own network infrastructure. This also comes handy when you consider their network of progressive jackpots.

A couple of smaller developers included

Though there isn’t all that much information included, Inspired Gaming has a couple of smaller developers in its ranks. This is a larger trend started by the big giants of the industry, of which this company is clearly one. Astra, Bell-Fruit Games, Bull Dog Games, and V-play are all part of the family. We suspect they are responsible for the more modern slots. In addition, some of the produce pure arcade games, which is to say that a lot of different influences are in the play.

The themes stand out, and in a way that will instantly remind you of cabinet games. Most of the subject material is derived from history and mostly seeks to add a bit of entertainment on the reels. The themes don’t go too deep, and there’s usually very little included besides the graphical look. This is perfect for casual and quick gaming.

The reels stick to the 5x3 setup almost religiously, with most of the games using the basic ten paylines. This can be expanded on some games, whereas others might just have a handful of paylines.

When it comes to special features, these slots tend to stick to the basics. Bonus games are combined with wilds or scatter for extra spins, multipliers or simple instant wins. Expanding super wilds play a large role as well. The games come with good RTP, and usually with medium or high volatility. The majority of big wins can be achieved through normal paytable. If you are not looking for a game with tons of special features, but one that still runs smoothly on modern devices, then these slots are worth a look. They offer the best of classic gaming!